Rising diabetes and “cultural emergency” two of many topics at Summit 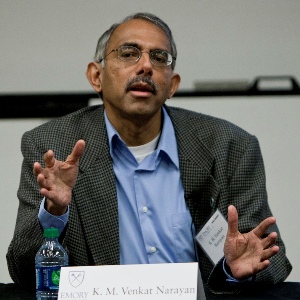 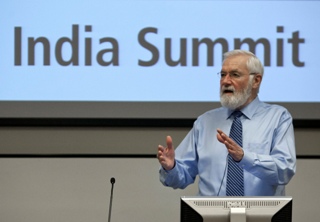 Keynote speakers were William Foege, a renowned epidemiologist who worked on the successful campaign to eradicate smallpox; Jagdish Sheth, Kellstadt Professor of Marketing, Goizueta Business School; and Ajit Kumar, Consul General of India in Atlanta. [Website Bonus: Talks from the conference may be seen on videos: please see the end of this report for links.]

A major message for South Asians was health. Dr. Rafi Ahmed introduced this segment, noting the importance of the work Emory is doing with diabetes studies. Dr. Venkat Narayan presented statistics: diabetes is “the 21st century epidemic” with 382 million cases and 592M projected by the year 2030. It is increasing in every country, but 80% live in low-middle-income countries: India alone has 80 M (and 100 M prediabetics); Chennai in 1971 had 2.3% of the population diabetic but 2004 saw 14.3%, a growth of 72.3%.

The US has 36 million people born in another country; of these, South Asians have highest prevalence of diabetes, even with normal weight—but this is not from migration to the West as once thought: comparison of Masala study vs. CARRS study show Indians in Chennai have higher prevalence of diabetes than South Asians in US. Given the same weight, South Asians’ phenotype has more biological statistics leading to diabetes than Caucasians.

Innovative technology helps, e.g. Ga Tech & MIT students have used a drop of blood with low-cost “disruptive revolutionary technology” to test for 10 rupees what costs $8 here. However, screening is not the answer; if you screen and detect, then what? India’s problem is fragmented systems that need fixing, a general system of care being lacking. Money is not the problem in the sense that US spends $130 billion/year on diabetes care but <10% get good control—and the same 10% is the result in Bangladesh. Not money, but good organization and delivery will help. Results there can also help revolutionize care in US, because the lessons are comparable.

Q&A touched on many problems: Gestational diabetes leads to children at risk. A popular image of “cute” chubby children is dangerous, for chubby kids get diabetes, especially in countries with history of famine. Problems reach into other diseases as well: e.g. as Dr. Ahmed noted, infectious diseases could also be exacerbated in the diabetic population.

Solutions lie in lifestyle choices: Exercise can eliminate the excess risk from “bad” genes. Reducing glycemic levels of food in the diet prevents about half of new diabetes, so use brown rice, whole grain bread, decrease bad fat, and increase good fat and protein and physical activity.

Dr. Walt Orenstein noted that 2/11/14 marked a major achievement in public health: India was declared wild polio virus free (3 years without a case of polio); however spread from other countries is still a danger. “Government can get things done when it wants to,” he said, but “the big issue is to get the political will….Advocacy and partnerships are critical.” Rotary has played a major role by talking to government officials to induce changes. “Public health people alone cannot convince the government,” he warned, so conferences like this help spread the word, involve various sectors, and raise voices for action.

A few gems:
Dr. William Foege: “Civilization is measured by how people treat each other…organized kindness.” Science has no moral compass, so scientists must develop their moral compass. The Achilles heel of science is certainty. It takes very little to scramble a brain or body, and you can’t always unscramble it.

Hemangini Gupta: Entrepreneurship, rather than IT, is seen as the new way forward in Bangalore, although it is still difficult for women. Women can find sources of strength in their work “families.” Fictive relationships (“bhai”) at work are taken seriously and lessen the risk of one’s reputation. Jenn: As the middle class educates girls but as they are not all allowed to work afterwards, they may find ways to renegotiate and work as entrepreneurs with their husbands.

Abdullahi An-Na’im: There is a problem with nationalism, because definition by exclusion creates tension. We can choose to organize ourselves in various ways, with multiple overlapping identities, but we should think of transcending national identity, which is an impediment to human identity. Welcome differences without violence. Secularism is an insufficient term for what we want: inclusion, justice, compassion.

Salman Rushdie: “India is in the middle of a cultural emergency.” “The thing that is most worrying is that it doesn’t worry people.” “I feel very sad about India because I think this is not the country that I love, it’s not.” “Literature at its best has always challenged society.” Holding Penguin responsible for the violence someone has threatened is cockeyed. Everything someone says will offend someone else—so what? We have to rethink…who is to blame in an assault on a book, on a girl? After the European Enlightenment … different church, same battle.

Jagdish Sheth: With the generation gap as low as 8 years, there is discontinuity, a screeching halt to transfer of values; parents feel lonely. India is becoming more Asia-centric and also likely to target other emerging markets like South and Central America, shifting from BRIC. American culture is universally popular, but that’s different from politics. India can build trust with China. Indian idea of capitalism is not the same as American.

Poem read by Scott Kugle (in translation): “The form of my heart is a nine-jeweled pendant.”

Ajit Kumar: A second green revolution is needed, with reduction of wastage. He was thanked by an attendee for “being both diplomatic and truthful, which is sometimes hard to do.”

Despite celebrating three years since its last reported polio case, India still faces several serious health concerns including mounting battles with tuberculosis and diabetes. This panel addressed the wide-ranging impact these diseases can have, as well as what is being done to prevent and treat them. Additionally, panelists discussed how advancements in the fields of vaccination and preventative care are providing new insights into fighting some of the world's most devastating diseases, and why US-India collaborations are important in global health.
http://youtu.be/Sl7C5XGVS2E
Published on Mar 6, 2014

Dr. William Foege, a renowned epidemiologist, worked on the successful campaign to eradicate smallpox in the 1970s. In an interview with Rollins School of Public Health Dean James Curran, Foege discussed the containment techniques he and his colleagues employed in India, and how the same methods used to eradicate smallpox can be used to combat diseases today. In addition to smallpox, Foege has played a key role in the elimination of Guinea worm disease, polio, measles, and river blindness. He has served in a variety of executive positions at the Carter Center, as director of the U.S. Centers for Disease Control and Prevention, as advisor to Gates Foundation, and was awarded the Presidential Medal of Freedom in 2012. Our interview with Foege included discussion of his book, House on Fire: The Fight to Eradicate Smallpox.
http://youtu.be/lymjT96lSDI
Published on Mar 6, 2014

India's economic liberalization in 1991, which initiated new market reforms, wide-scale privatization and neoliberal models of governance, encouraged the creation of what is now one of the world's largest "new middle classes." To be "middle-class" in India, however, is not defined simply by economics or politics. Rather, it involves negotiating new social, cultural and moral boundaries. Drawing on ethnographic research in the very different contexts of Rajasthan and Karnataka, this panel analyzed how aspirations to join the "middle-class" transform intimate life, community relationships, and the very notion of the self among urban Indian women. We focused on gendered experiences of religious ritual, love, marriage and leisure to suggest that women's understandings and expressions of class identity are changing what it means to be "middle-class" in India.
http://youtu.be/vrKo3YkcRAw
Published on Mar 6, 2014

In a two-part panel, Professor Gyanendra Pandy and Professor Abdullahi An-Na’im discussed the verity of the secular Indian state and the complexities that arise when confronted with religious laws. The panel discussed the relationship between India’s secular state and its Muslim population, in particular.
Published on Mar 6, 2014
http://youtu.be/Gv_s4wHdino
Published on Mar 6, 2014

In an interview with Paul Courtright, award-winning author Salman Rushdie discussed the work of current and emerging writers from India. In addition to exploring the cultural, political and global influences of contemporary Indian literature, Rushdie drew from his own experiences as an international critically acclaimed author from India.
http://youtu.be/8NAJ30XjaXI
Published on Feb 25, 2014

Jugaad, Hindi for “an improvised solution born from ingenuity and cleverness,” describes an innovation process defined by simplicity and flexibility. Shifts in modern business practices are forcing companies to be innovative about innovation, and away from older formulas that rely on highly-structured innovation processes. This panel addressed the benefits of doing more with less.
http://youtu.be/zuMHQidjIsE
Published on Mar 6, 2014

India is rapidly changing how it does business. The bourgeoning middle class, estimated to be at least 250 million strong by 2014, negotiates at least three paths for consumption daily: the traditional, the modern, and the internet. Traditional street vendors and local markets have by no means disappeared while the number of consumers visiting modern department stores and supermarkets is growing, and the country has seen a recent boom in online purchasing. Flipkart and Amazon are two of India's fastest-growing online retailers. What can we expect from Indian retail in terms of sustainability, in all meanings of the word, in the months and years ahead?
http://youtu.be/Q3XOZ4LzXBQ
Published on Mar 6, 2014

How will the national election shape India's future? Will it reshape the country's emerging alignment with the United States? Will India tilt toward Asia and more closely align with Japan and South Korea? Will trade and investment with China grow faster after the election?
http://youtu.be/u9VhzHZEBFc
Published on Mar 6, 2014 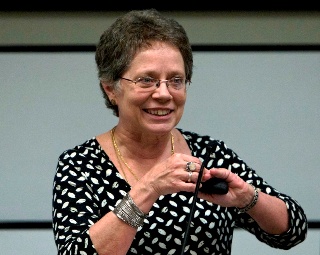 Following a presentation by Dr. Flueckiger on beliefs about the power of ornamentation and on customs associated with it, poems on adornment were read by V. Narayana Rao, Scott Kugle, Marko Geslani, and Sara McClintock, professors from the South Asian studies program, and by Deepika Bahri, Associate Professor of English, Emory University.
http://youtu.be/zjSN__UM-8U
Published on Mar 6, 2014