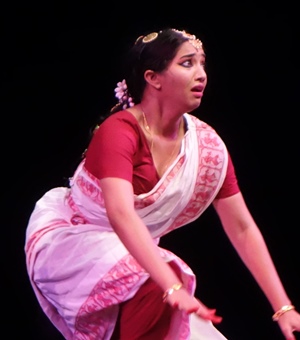 (Left) DrisTi, the story of a bully brought low, after losing her sight in an accident. (Photo: Suzanne Sen)

An entertaining opening by emcee Jayakiran Pagadala in several Indian languages made various regional groups in the audience feel at home. Details on several SN programs were projected on a screen, included the fact that Google is partnering with SN hospitals: Google CEO Sundar Pichai’s AI revolution is helping to detect diabetic retinopathy. The video at the event featured Pichai, Amitabh Bachchan, and Sourav Ganguly, among others. 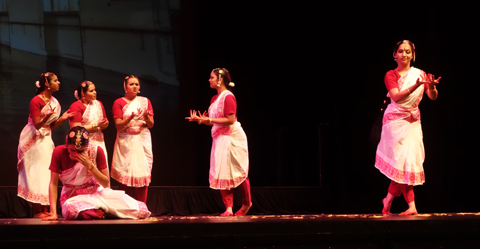 (Left) DrisTi, the story of a bully (on the right)...brought low, after losing her sight in an accident...until light dawns and she realizes her attitude and behavior. (Photos: Suzanne Sen) 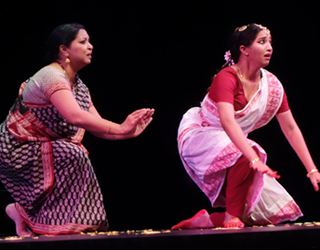 The riveting dance drama, conceptualized and choreographed by Kalaivani Dance Academy’s co-director Padmaja Kelam and scripted by co-director Siddarth Kelam, had an apt theme that closely related to the causes supported by Sankara Nethralaya. The bully Hasini loses her eyesight and then uses her passion for dance to recover; one heart-lifting message was that inner senses have no boundaries, and inability to see hardly matters when you pursue your passion. What a terrific performance, especially by the artist, Kalaivani’s disciple Priyanka Kasula, who played Hasini with such remarkable facial expression! Kudos to Padmaja Kelam, Siddartha Kelam, the excellent dance team, lyricist Dr. Uma Eyyuni, composer Asha Ramesh, and members of the live orchestra. 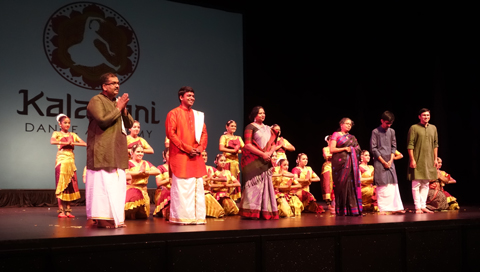 One of the attendees shared that he couldn’t control his tears when he watched the heart-tugging performance of the girl who played Hasini. DrisTi signifies much more than its literal meaning; it’s the awakening of our inner humanity and care for others. The external beauty that we see with our eyes is temporary and only brings short-term joy. Anthar drishti or the inner sight, on the other hand, induces the highest pleasure or bliss in all of us.

Technology had helped this event: Local community associations had spread the word about the event, and a number of people made a video appeal in social media. The video at the event featured Google CEO Sundar Pichchai, Amitabh Bachchan, Sourav Ganguly, and Madhav. Mr. S. V. Acharya, President Emeritus and founder of Sankara Nethralaya OM Trust, expressed regret for his inability to attend the event, conveying his message by phone, thanking for their long term support, for making the Atlanta chapter one of the most active chapters in the US, and for presenting this memorable event in the history of the Trust in USA.​ 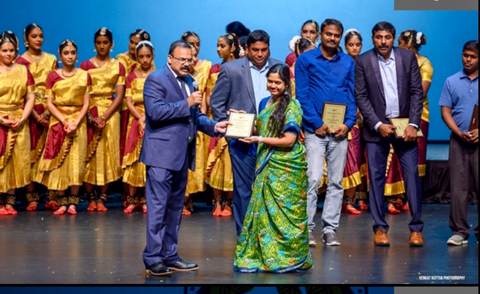 Thanks are due to MESU (Mobile Eye Surgical Unit) donors: Moorthy Rekapalli & Madhavi and Aniil Jagralmudi & Mahalakshmi. The main goal of MESU is to eradicate preventable blindness in India. Initially we are planning the MESU for Telugu states and eventually we want to replicate the same model all over the country. 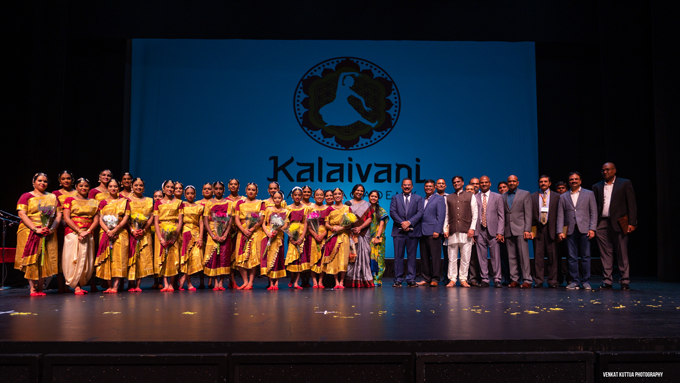