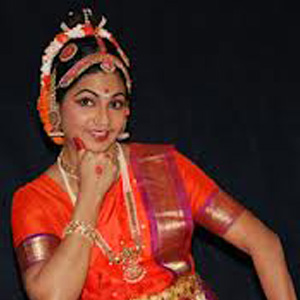 Sasikala Penumarthi’s sparkling Kuchipudi performance at Southern Polytechnic State University in Marietta on 26th September held the audience enthralled. Sasikala took pains to explain the intricacies of a highly evolved art form to the uninitiated. Kuchipudi performances, like all classical Indian art forms, are mostly episodes from Hindu mythology. As hard as it is to convey the complete import of a complex, culturally-steeped story with multilayered nuances and symbolism to a foreign audience, Sasikala’s graceful movements and beautiful gestures succeeded in transporting the audience to a rich sensory experience.

The first piece performed by Sasikala, “Mohini Pravesham,” is the story of Lord Vishnu assuming the form of Mohini in the popular samudra manthan episode of the Bhagavata Purana. As a beautiful and enchanting damsel, Mohini distracts the Asuras, and distributes the amrita among the Devas. Music for the piece was composed mainly of vocals with the rasa communicated through alluring Carnatic music expressions. Sasikala’s swift looks and fleeting emotions evoking the rasa of Mohini the enchantress was a treat for the audience. 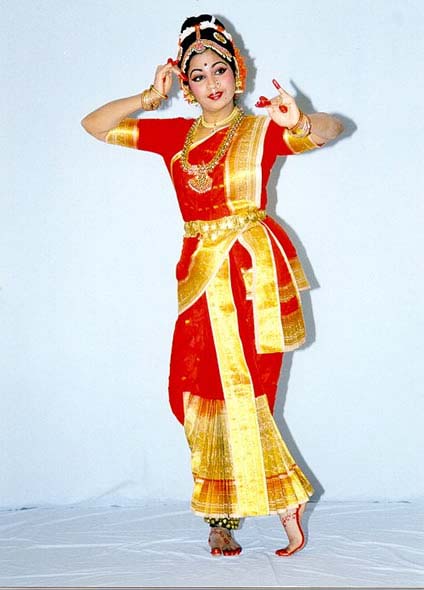 Then the Tarangam, the central part of Kuchipudi which literally means waves, was performed. “Krishnaleela Tarangini” written by Narayana Teertha contains the famous stories of Krishna. It is called Tarangam because story after story of Krishna are performed in the manner of waves. This is a special feature of the Kuchipudi performance. In this section she performed two popular Krishna episodes from Bhagavatam: the Krishna - Sudama story and the Krishna - Pootana story. Her rendering of Krishna, the King, and of Sudama, a poor person seeking his childhood friend in difficult times, was brilliant. The contrast of the character portrayals and the depth of childhood friendships were beautifully done by Sasikala.

The second Taranga was the Pootana story from Krishna’s childhood. Pootana tries to feed baby Krishna poisonous milk but baby Krishna succeeds in reversing the poison, so Pootana herself dies from it. This item was performed with feet on the brass plate. The back and forth movement in different tempos with both feet firmly planted on the brass plate drew huge applause from the audience. Finally, the mangalam (auspicious conclusion) was performed and the program ended.