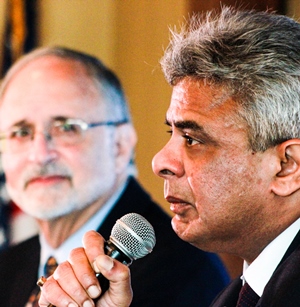 On August 18, 2016 the World Affairs Council of Atlanta and the American India Foundation (AIF) hosted Dr. Rajeev Tayal, Executive Director of the Indo-US Science & Technology Forum (IUSSTF) for a breakfast presentation at the City Club of Buckhead in Atlanta. Set against the backdrop of the ever-increasing science and technology cooperation between India and the United States, Dr. Tayal delved into a range of issues including the start-up climate in India, the innovation landscape and how IUSSTF is striving to be an enabler of new ideas. In a Q&A format with Ambassador Charles Shapiro, World Affairs Council President, Dr. Tayal discussed how targeted investments can have a societal impact in India, the United States and beyond.

Dr. Tayal highlighted the success of the Forum in connecting about 25,000 scientists on both sides and having half a dozen products reached the market. He added, “We take care of educational and research activities, support bilateral workshops. Both parties (U.S. & India) deliberate on scientific issues.”

India’s Consul General Nagesh Singh said, “There are nearly 50 tracks of dialogue happening across the two countries. There is a greater acceptance of the importance of knowledge-sharing.”

IUSSTF is a nodal agency established under an agreement between the Governments of India and the United States; it is an autonomous, not for profit society in India, co-funded and co-governed by both governments. Dr. Tayal pointed out that, “Although there are several other bilateral arrangements similar to this, the India-U.S. engagement has been the most vibrant. We support the last-mile coverage of the R&D value chain.” He quoted examples of medical devices to address several health issues like diabetes, and a low-cost knee joint that is a collaborative effort between Stanford University and a hospital in Jaipur, Rajasthan, India. IUSSTF does not patent these innovations nor control the intellectual property and leaves it to the innovators. 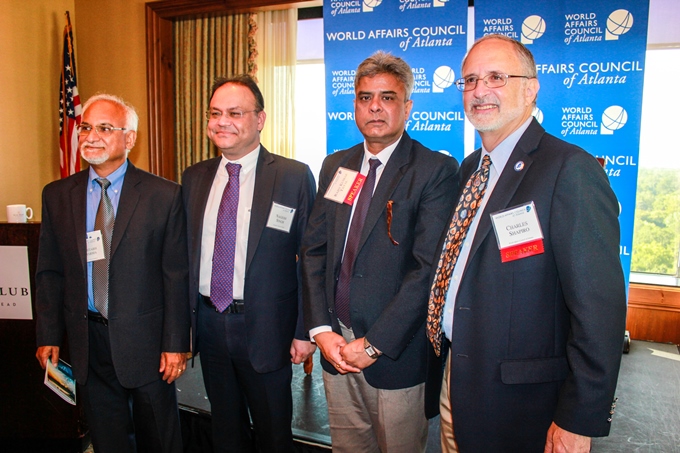 About IUSSTF
The Indo-US Science and Technology Forum (IUSSTF), established under an agreement between the Governments of India and the United States of America in March 2000, is an autonomous, not for profit society that promotes and catalyzes Indo-U.S. bilateral collaborations in science, technology, engineering and biomedical research through substantive interaction among government, academia and industry. As a grant making organization, the principle objective of IUSSTF is to provide opportunities, to exchange ideas, information, skills and technologies, and to collaborate on scientific and technological endeavor of mutual interest that can translate the power of science for the benefit of mankind at large. 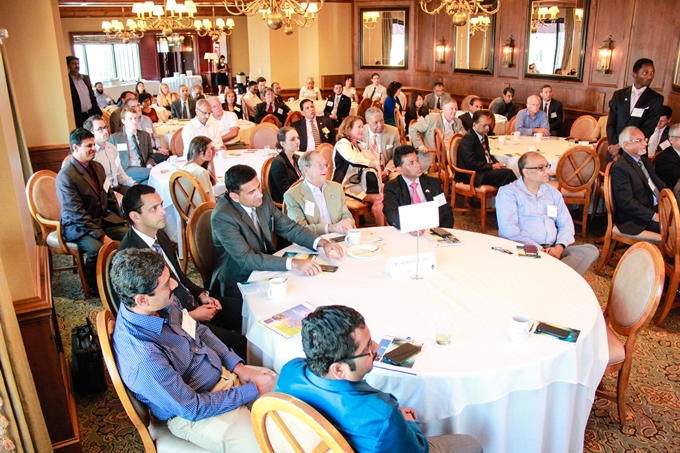