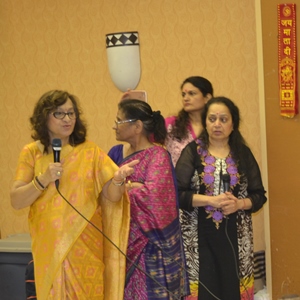 Senior Citizens Program (SCP) got off to a flying New Year start with a devotional Mata Ki Chowki at the Garden Plaza Hotel in Norcross, GA on Sunday, January 22, 2017. 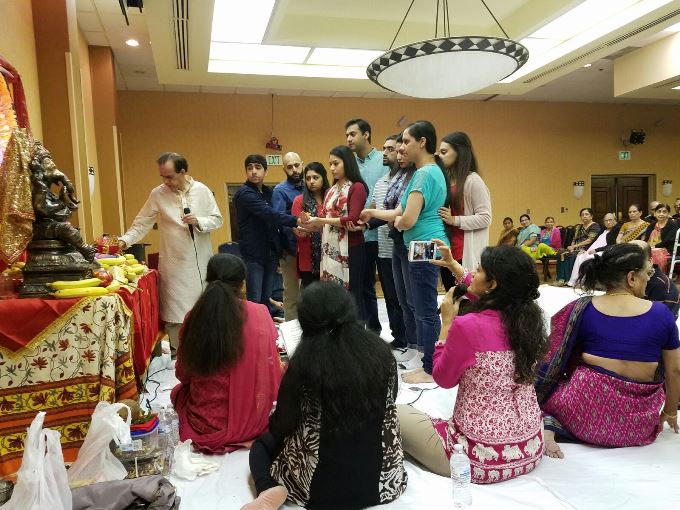 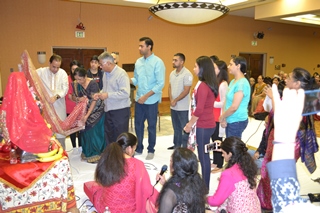 The elegantly decorated stage with diyas (lamps), stringed lights, fresh fruits, and prasad (offerings) wore a festive look with Mataji’s dazzling framed picture in the center of the puja platform, adorned with a gorgeous chunni (scarf) with colorful fresh flower garlands. Ganeshji’s idol also sat on the platform in full splendor, garlanded and draped with a red chunni. 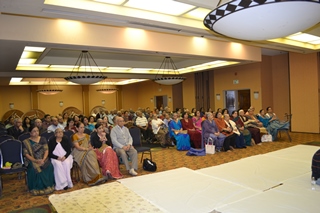 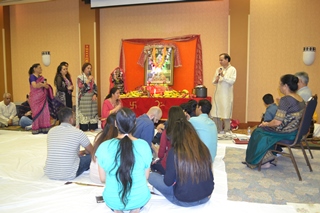 Chinti Bali gave the thanks. Raj Razdan, ebullient Executive Director of SCP, wished the graduates rewarding and fulfilling professional carriers and advised them to serve the community when they start working. She exhorted all the attendees to bless these graduates. 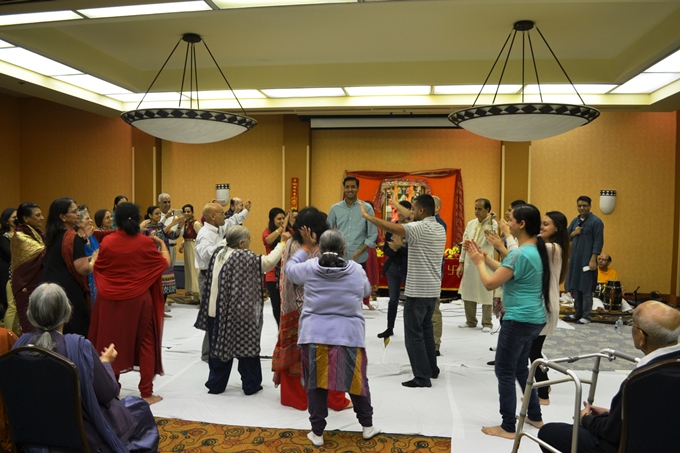 Before the ardas ceremony, the seniors got on their feet and enthusiastically clapped and danced to rousing singing and loud beats of the drums to a few popular songs including the spiritual Sufi song “Dama dam mast qalandar.” Inder Bery and all the singers gave their hearts out from beginning to end. The grand finale for this spiritual high was the aarti, followed by prasadam of halwa (sweets), chhole (chick peas), fruits, and dry fruits, followed by a sumptuous luncheon.