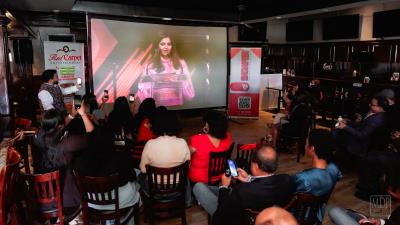 On 26th September, ShowFest, a U.S.-based entertainment program, was launched through a live webcast. The press conference was hosted at Tony’s Sports Grill in John’s Creek, GA. Executive Promoter Bhavana Vishal Anand of Anand Entertainment along with local promoters Lakshmi Thesam, Anil Damani of 27 Investments, Pabs Raghava of Tours Limited and their guests were excited for this launch.

There are millions of Bollywood fans in the U.S. as Indians of all generations have a deep involvement with Bollywood. When Bollywood comes to the U.S., it creates a frenzy! A nostalgic high that propels many into their bachpan ke din, the nostalgic childhood memories. For decades, several Bollywood shows starring Shah Rukh Khan, Akshay Kumar, Hema Malini and Salman Khan have come to the U.S. Fans here have grooved to the melodies of Arijit Singh, Kumar Sanu, AR Rahman and Jagjit Singh to name a few.

While the stars put on a magnificent show, it has been chaotic to obtain tickets, find seats, and wait for the show to start on time. To book shows, bring the stars and crew from India, organize their travel, select the right venues with good acoustics and security is not easy. Many moving parts are involved behind the scenes. They all have to work in harmony for the best results.

But now, all that is set to change. The ShowFest liaison is a group of U.S.-based promoters and organizers committed to working together in a national initiative to streamline entertainment. Their initiative invites fans to enroll as ShowFest members and gives them access to season tickets of concerts in advance. With pre-booked tickets, they would be able to offer pre-selected seats for a hassle-free experience for the whole year. Just like boarding passes to an entertainment destination, these paperless tickets range from $365 to $5555 in price offering silver, gold, platinum and elite memberships. This loyalty program is much like buying season tickets to the Symphony, Broadway or a commercial airline rewards program.

The members can also be reached on their phones and offered promotions and perks, just like a Skymiles program. There is also the possibility of accumulating and redeeming points with other brand partners. Non-members will not be able to purchase tickets at the last minute but members will have the ability to sell unused tickets on ShowFest marketplace. 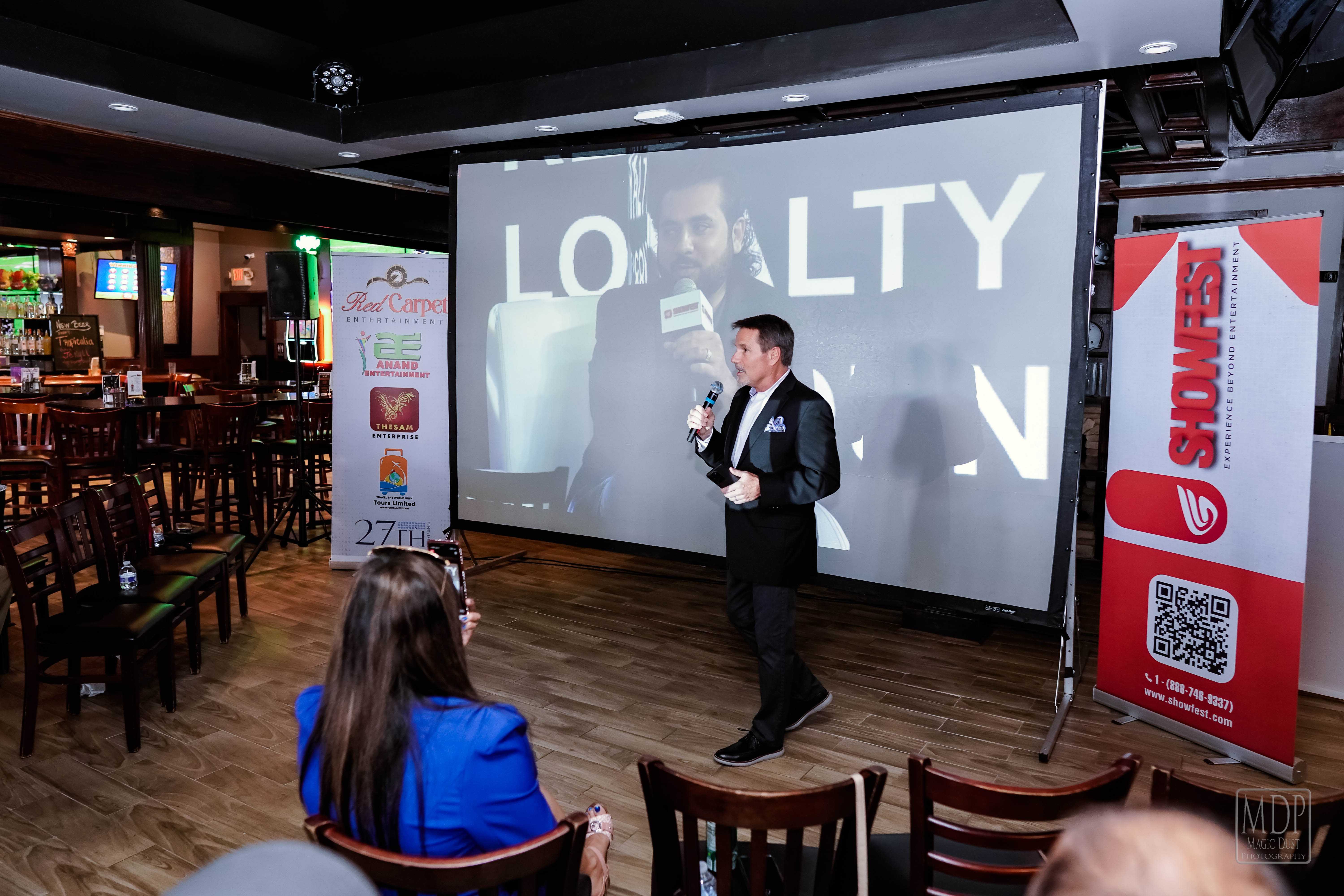 At the event, Managing Partner “Karl” Kalra from New York was unassuming, while Bhavna Vishal Anand from Dothan, Alabama rubbed shoulders with celebrities like Daler Mehendi, Shaan and Chunky Pandey. Quite a celebrity in her own right, Anand has already established her mettle in the metro Atlanta entertainment scene. Her poised and professional presentation garnered confidence in the program. Aanand Dawda promised to make an “honest attempt to bring Bollywood experience to a different level”. Snehal Shah, the Sales & Marketing Vice President quoted Rockefeller in wanting to do “common things in an uncommon way.” Jim Pesolli, the compliance officer joined remotely along with the hospitality coordinator and information technology partners. 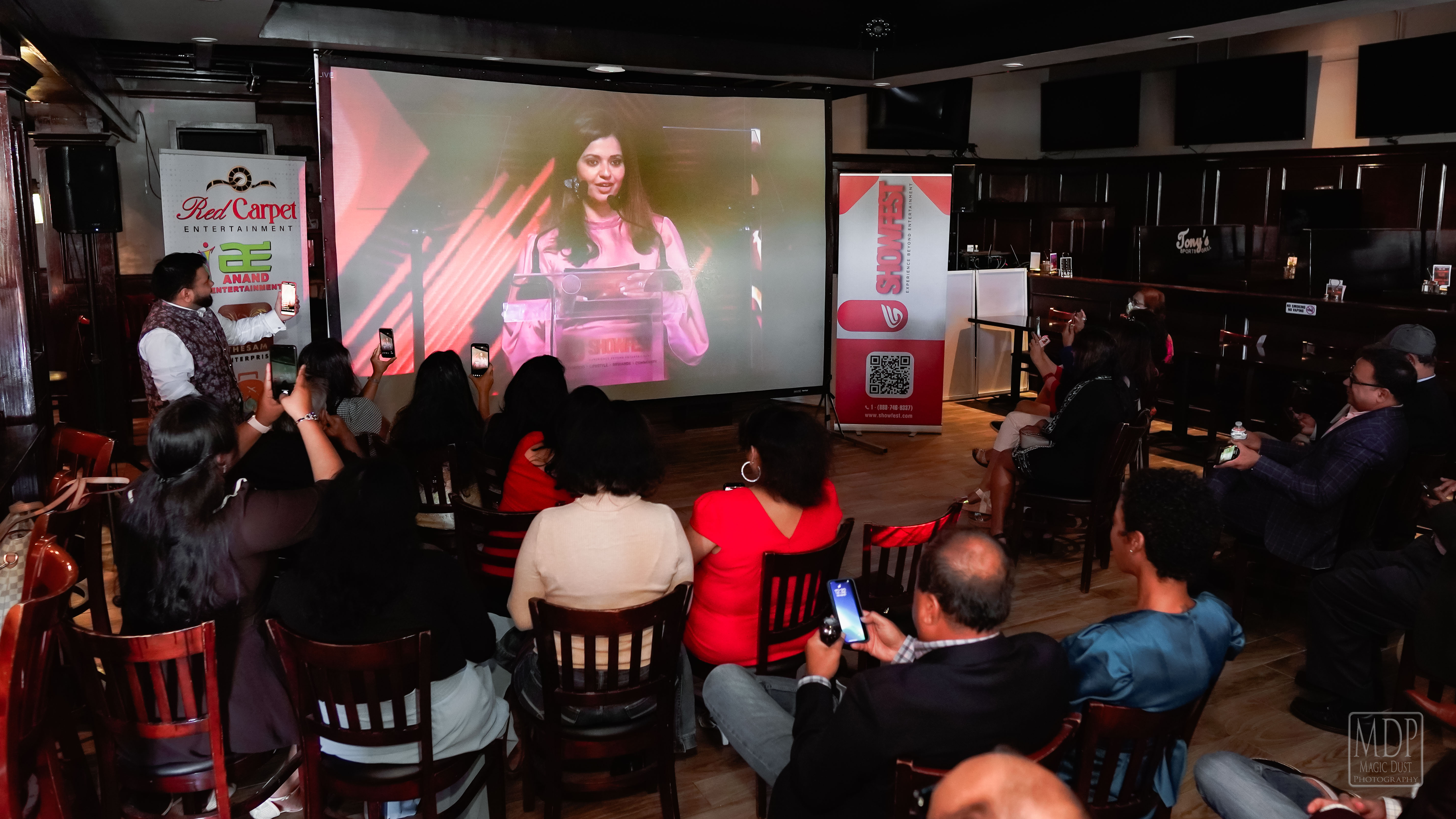 It was a well-organized launch party followed by a delicious lunch. ShowFest promises to bring the heartthrob Hrithik Roshan, ineffable Madhuri Dixit, the one and only Shaan, Sufi music and fan-favorite Arijit Singh. Here is to a jolly good time with Bollywood.