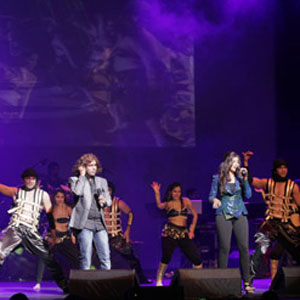 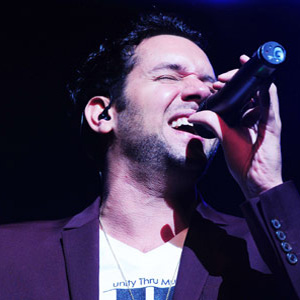 With the audience warmed up, it was time for Shreya Ghoshal to make a majestic entry to enthusiastic applause and to begin with one of her favorites “Teri Meri” (Bodyguard) as three pairs from her troupe danced along. That set the ball rolling. She had an immediate rapport with the audience and commanded the stage throughout with a variety of songs in her inimitable voice with nuanced emotions. Shreya gushed, “I always have a great time in Atlanta. I know this time it will be even better. I am going to sing a lot of romantic songs today. Let’s do some masti.” And she did. She sang sweet melodies, “Chalo Tumko Lekar Chale” and “Jadoo Hai, Nasha Hai” (Jism), “Agar Tum Mil Jao” (Zeher), “Tuj Mein Rab Dikhta Hai” (Rab Ne Bana Di Jodi), “Yeh Ishq Hai” (Jab We Met) and “Piyu Bole, Piya Bole” (Parineeta). She teased the audience, “Let me seduce you. You seem to be practicing. I have lot of competition here.”

Prithvi Gandharva, a rising singer in Bollywood, joined her, and they sang romantic duets, “Teri Ore” (Singh Is King), “Tere Mast Mast Do Nain” and “Chori Kiya Re Jiya” (Dabangg), and “Saibo” (Shor in the City). She would complete a half line and let the fans finish it and sometimes sang one line and invited the audience to sing the next one. The fans relished this. They were on their feet, dancing in the aisles, whistling, clapping, and cheering on both singers. 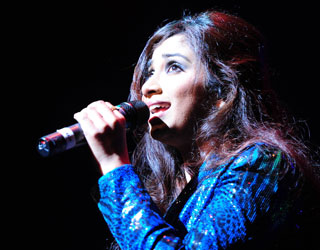 The musicians and the troupe also added to the flavor of the concert. The versatile singer Shreya sang a few lines of a popular Gujarati song “Mehndi Te Vavi”and then moved to Middle East with the song “Mashallah” (Ek Tha Tiger). “Zoobi Doobi” (3 Idiots) was a lively, breezy one with female dancers on stage like cheerleaders with pom poms! She also sang “Dole Re” (Devdas) for which she won National Award as well as Filmfare Award for Best Female Playback Singer. “I have a Ph.D. in romantic songs so I want to turn to Masters in item songs,” she quipped, and sang a few item songs from her repertoire including the highly popular “Ooh la la” (Dirty Picture) and “Chikni Chameli” (Agneepath).

Music transcends all boundaries of language. Shreya, an ardent fan of Lata Mangeshkar, sang her Hindi song “Tasveer Teri Dil Mein” (Maya) in Bengali as well as songs in Telugu and Malayalam. And as a mark of her respect and love for Lataji, she sang her heart-tugging song “Lag Ja Gale Se” (Woh Kaun Thi). 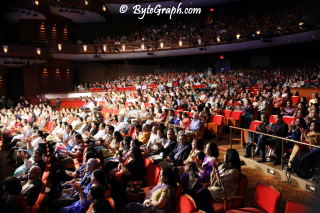 A section of the large concert hall.

Atlanta-based ByteGraph Creations did a great job with lighting, photography, video, and audiovisuals of the program.

It was curtains time for a magical concert. Shreya treated the audience with “Bairi Piya” (Devdas), a song with which she catapulted to fame, and received a thunderous standing ovation from all her happy fans.

Website Bonus Feature
Read a feature article including interview with Shreya that appeared in Khabar magazine in August 2010. http://www.khabar.com/magazine/features/shreyaghoshal.aspx