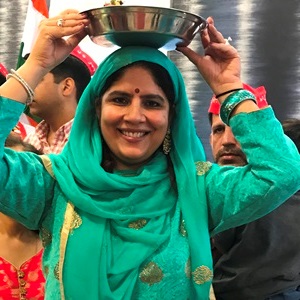 As Atlanta was blooming in bright and beautiful flowers, displaying the abundance of nature, Sindhi Sabha of Georgia celebrated Cheti Chand with much enthusiasm at Yugul Kunj on April 7, 2019. Sindhis worldwide celebrate Cheti Chand, the birth anniversary of Uderolal, popularly known as Jhulelal. 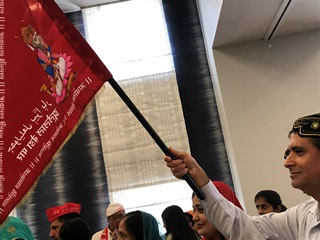 (Right) Wearing a Sindhi topi, a man carries the banner of Jhulelal in a procession leading to the altar; flags of the USA and India were also carried. 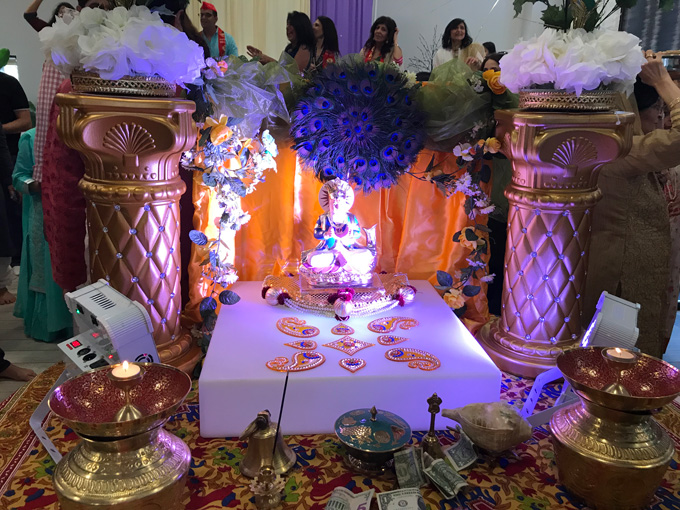 The community gathered together for a small procession of Bahrana Sahib. Flags of the USA, India, and Jhulelal were taken during the small procession leading up to the altar. A representation of Jhulelal was made on a large plate (thaal) with a flour sweet (modak) decorated with vermillion, cloves, cardamom, and sugar candy (misri), and surrounded by a lamp, fruit, and akha (uncooked rice, sugar, cloves, cardamom and milk). Year after year Madhu Nainani does beautiful decoration for Jhulelal. Everyone gets to go around Jhulelal with Bharana placed on the head. This dance around Jhulelal is called Chejj. 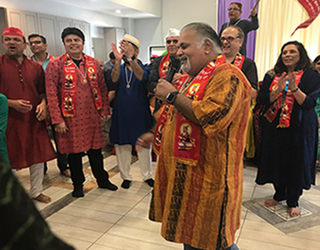 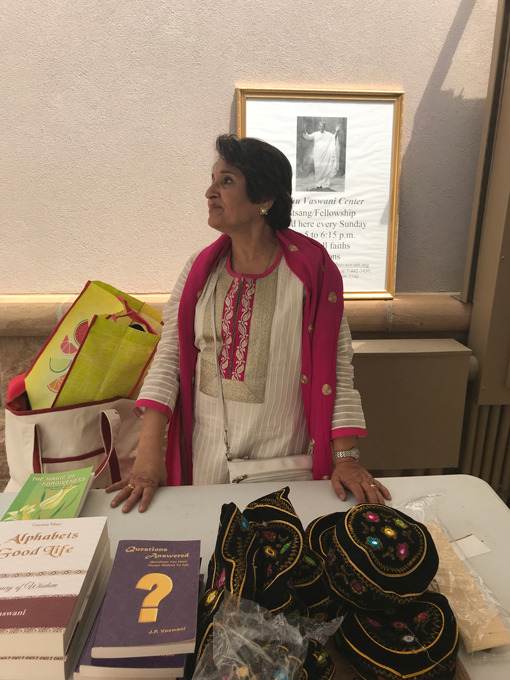 Everyone joined in aarti, the concluding prayer with lamp that is rotated clockwise. The Palav Sindhi prayer asks God for blessings and abundance, and water is sprinkled on everyone symbolizing shower of blessings and grace. Bhog was a scrumptious Sindhi lunch of khadi rice and dal pakwan, along with the tahiri and black-eyed peas served as prasad. A book stall had Sindhi music CD, books, and Sindhi topis.

The Bhojwani family from Charlotte distributed a free book to every Sindhi family: We, the Sindhis, with a forward by Dada J. P. Vaswani. Mrs. Beena and Mr. Gobind Bhojwani always come forward to promote Sindhi culture and Indian culture. They are part of Hindu Temple of Charlotte and were instrumental along with others in installing a Gandhi statue in Charlotte. They also organize tours to various cities so that senior citizens can take vacations and have fun.

Cheti Chand brings the community together. Since Hindu Sindhis who were displaced from Sindh during India’s independence have no homeland, they have made the globe their home. Sindhis are known for their kind hospitality. The Sindhi kitchen is always open. When guests arrives they do not leave without eating or drinking something. The happy attitude, hard work, and giving nature of Sindhis have helped them not only adjust but also create abundance. The challenge for Sindhis is to maintain their rich culture which dates back to Mohenjo-daro. Technology and social media have increased awareness among the younger generation to recognize the need to keep the culture alive through music, food, and especially language. Sindhis were pleased that the Indian government released a Rs. 5 stamp on the eve of Cheti Chand, March 17, 2013.