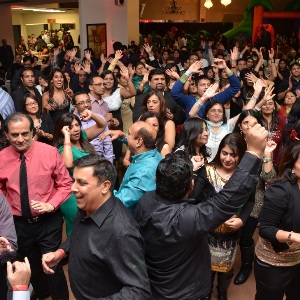 Punctuality, organization, and enjoyment were the three key descriptors of the atmosphere. Guests were welcomed into an ambience of red, gold, and sliver lighting and were served a grand buffet with both veg (Jain style) and nonveg entrees. A Zumba competition by Anisha Tajani was followed by sensational live singing by Farheen Khan and Bhishma Oza with DJ Shan Khan. From ages three to ninety-three, the dance floor soon became a smashing success with the live dhol and bangra performance by Jasmeet Singh, while these memories were captured by photographer Shehnai Arts. 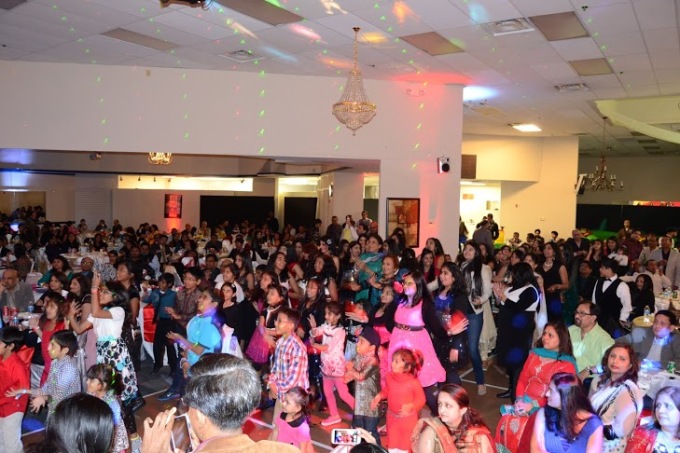 Consideration was given to all types of guests: there was a New Year's photo booth for all, and an open bar for social drinkers. For those who liked to sit and enjoy, seating arrangements were organized around the dance floor for onlookers to soak in the party scene, and for young couples with small children a special designated spot with a play-inflatable area was well equipped with adult supervision, free of charge.

Volunteers such as Rajshree Arcot, Shehnaz Virani, Zohra Sayani, Amber Kesani, Faisal Nayani, Zahir Tajani, and Nevin Samnani ensured that details from security to parking were handled so that the over 500 attendees, families and kids, thoroughly enjoyed the sold-out event.