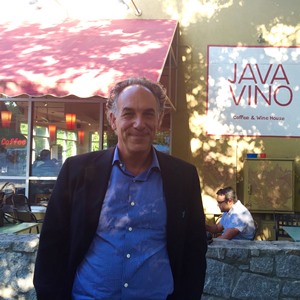 Unfortunately, it is no newsflash that the world’s most vulnerable are being sold to modern-day slave masters—those who barter human beings in human sex trafficking. The narrative feature film SOLD released in April 2016 depicts the brutal and emotionally intense human trafficking experience from a 13-year-old girl’s perspective and in doing so, gives a human face to the horrors children face. Based on Patricia McCormick’s eponymous international bestselling novel, which was inspired by true events, SOLD the movie connects audience-goers to the real-life cycle of human trafficking and the film’s young protagonist’s dramatic quest for bondage freedom.

Director Jeffrey D. Brown, an Oscar and Emmy-award winner, made the film in hopes others will take action to help end human trafficking. “I wanted to do something with film where real children could be affected and helped,” Brown told Khabar in an exclusive interview while in Atlanta for SOLD screening on May 8, 2016 at Plaza Theatre. Alongside Brown was actress and SOLD’s associate producer, Seirah Royin. 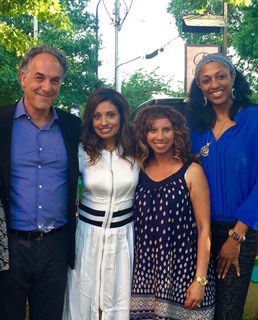 This award-winning film is the story of Lakshmi (played by newcomer Niyar Saikia) who is trafficked from her mountain rural village in Nepal to a brothel called Happiness House in Kolkata, India. Although the opening scenes of the movie are carefree and idyllic—young Lakshmi is seen flying a kite, and running happily through the hills above her village home—minutes later audiences can accurately guess how she will unwittingly be sold into prostitution. When a charming visitor, “Auntie” Bimla (Tillotama Shome), shows up, enticing Lakshmi with shiny jeweled bangles and with the promise of work as a maid in the big city, her parents sell her so the family can survive. In actuality, Lakshmi is taken to a brothel where she is forced to work as a sex slave under the rule of brothel-owner Mumtaz (Sushmita Mukerjee). Lakshmi’s screams for help catch the attention of an American photographer, played by Gillian Anderson, who works with a local NGO to orchestrate a raid on the brothel.

Though Lakshmi’s story is written for the silver screen, it does mirror those of thousands of Nepali girls. Roughly 20,000 children are trafficked out of Nepal each year, according to figures from one of the film’s partners, Childreach International. The film, executive produced by Oscar-winner Emma Thompson, has also partnered with organizations such as UNODC, ECPAT, and Rotary International, among others. Brown and his partners are taking funds generated from the film to build boarding schools and promote healing and therapeutic programs for sex workers’ children both in India and Nepal. “Making this film broke my heart,” Brown said choking up to hold back tears. “We visited seven rescue organizations and met with over 2,000 survivors, all of them girls and most of them infected with HIV or AIDS, and each of these victim’s stories I carry with me.” It is important that the film not just be another call-out of overwhelming statistics, but a compelling call to action. To do so, it has partnered with Childreach International’s #TaughtNotTrafficked campaign, an education initiative to get to the roots of this modern-day slavery.

Actress Seirah Royin stars as Mrs. Tripathi, the film’s NGO-Hope House director who eventually rescues Lakshmi. Royin was in Atlanta for the screening and she opened up about why she was convinced to add an authentic voice to the film.

Even before earning an audition for the film, Royin took it upon herself to hire a film crew to capture sights and sounds of the illicit red-light district of Kamathipura, Mumbai. The “eye-opening” experience where she was mistaken as a prostitute gave her real-world insight into her character portrayal as well as a “strong purpose to give a voice to the voiceless,” Royin said. “As an Indian-American actress, it’s a deeply important story to tell. Not because it is a negative on India but because [human trafficking] is happening everywhere and we all need to focus our vision on those that cannot be seen,” she declared.

The film focuses on Nepal and India, but the problem is certainly in the U.S., including Atlanta—one of the largest hubs for human trafficking in the country. The problem with sex trafficking is not just in India, it’s in our backyard. “Our hope is that the film will ignite activism and raise massive funds for survivors in India, Nepal, and the United States,” said Brown. 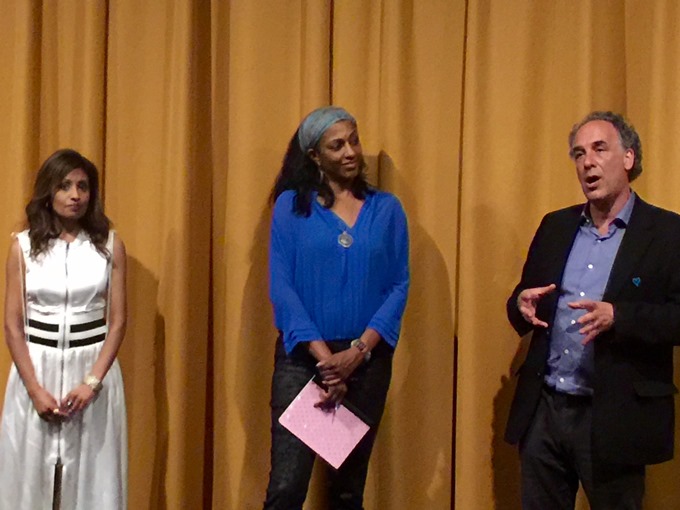 Audio:
SOLD -- Jeffrey D. Brown and Sushmita Mukherjee Interview
Director Jeffrey D. Brown and co-star Sushmita Mukherjee wanted to do more than make a film, they wanted to make a difference for the kids like the one depicted in SOLD. That’s why they have partnered with NGOs, and are aiming for more than a run-of-the-mill theatrical release. In that spirit, there are links to several of them:
New Light India
Apne Aap Women Worldwide
Childreach International
There are many more listed on the film’s official web site, SoldTheMovie.com, and after seeing the film, you will both understand why Brown’s friend, actor David Arquette, was willing to fly to India to shoot his scenes with a massive case of jet lag, and why Brown and everyone else involved in the film has made it their mission to bring hope to these exploited children.

The story of Lakshmi, a 13-year-old sold into the sex trade in Calcutta from her home in Nepal, was the subject of Patricia McCormick’s worldwide best-selling novel, one that has been translated into 32 languages. Bringing that story to the screen, as I learned when talking to the pair on April 4, 2016, involved a casting search on two continents involving over 1000 kids before they found Niyar Saikia.

Both he and Mukherjee were full of praise for the young actress, who delivers a stunningly mature performance for someone who turned 13 during filming. Mukherjee is equally compelling as the merciless brothel owner who forces Lakshmi into the business. I was curious about how Mukherjee, as famous for her comedic work as for drama, dealt with living with such a character, and her answer was both funny and insightful.

The story is horrifying, but Brown uses a lush cinematic approach, prompting one of my first questions to the director, before both he and Mukerjee discussed the duality of light and darkness, and the re-ensoulment of the Sacred Feminine, but we started with a philosophical question that troubled me. What does it say about humankind that we can commit such crimes against children, and that we are also so moved to action by the story McCormick has told?
https://beta.prx.org/stories/176461