Something for everyone at the IACA Festival of India 2014 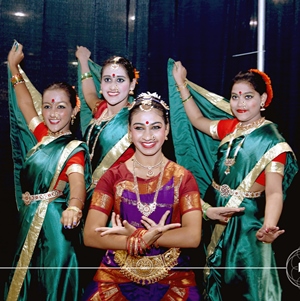 Amongst the guests was Col. Rajyavardhan Rathore, the first Indian winner of an individual silver medal at the Olympics (Athens, Greece, Summer 2004). The Olympic shooter is also a politician, and Padma Shri recipient. He urged Indians everywhere to strive to unite to build a new India. Modi, he said, is not only India’s Prime Minister but also one of the outstanding world leaders. He requested the Indian community to extend a big welcome to Modi on his arrival in New York in September and also to share ideas for good governance through the mygov.in website.

Another guest, Shri Vijay Jolly, a Global Convener for BJP Overseas Affairs, reminded the audience that both Modi and Amit Shah have appealed to all to continue strengthening Indo-U.S. relations in all spheres. Modi believes in his visionary poll slogan “sabka saath, sabka vikas” (together with all, development for all). BJP’s 41 Chapters across the globe will help Modi fulfill his visionary goal, Jolly said.

Gov. Deal and the First Lady were given a rousing welcome by the audience, then welcomed in a swagatam ceremony, and garlanded. All joined in singing the U.S.A.’s and India’s national anthems.

A spectacular classical fusion dance choreographed by Siddarth Kelam was performed by students of Padmaja Kelam’s Kalaivani Dance and Music Academy in Atlanta.

IACA’s past President Kaushal Tripathi began his remarks with India’s first Prime Minister Nehru’s famous quote on the eve of India’s Independence on Aug.14, 1947: “Long years ago…when the soul of a nation, long suppressed, finds utterance.’ Tripathi said that despite so many languages and religions, India’s citizens live harmoniously and happily. This festival celebrates 120,000 Indians flourishing in Georgia. He noted that more Indian-Americans have been appointed on Boards by Gov. Deal than by any other Georgia Governor.

Gov. Deal noted that “In October last year, Site Selection magazine recognized Georgia as the best state to do business in. ... Almost 300,000 jobs have been created in the last four years in different areas. … Recently I had the good fortune to visit Southeast Georgia, where an Indian company has set up a $70 million, highly automated textile plant which will create 250 jobs.” He lauded the recently held India/Pakistan Health Fair in Norcross. “It was quite a sight to see the first such health fair in the U.S. orchestrated by Indians alongside their Pakistani physician friends. …That is the kind of attitude your community brings to the State.”

IACA President Nivedita Garabadu declared, “The IACA into its 42nd year is celebrating India’s 68th Independence Day with its signature event. … IACA’s mission is to share our rich heritage and culture with Indian-Americans by hosting cultural events in and around Atlanta. … We seek to facilitate a broader cross-cultural dialogue between Indian Americans and the community around us. We seek to inform general public about the needs and aspirations of our community. We seek to serve as a home away from home for the community. With your continued support and generosity we can accomplish all this and much more.”

A variety of events followed. A yoga session was led by Palak Rao along with his cousin Eshani Brahmbhatt. A peaceful room away from the main hall provided a quality experience. Participants ranged from fresh aspirants to advanced practitioners, from their early 20s to late 70s. “It was heartwarming to see the awareness in people about this ancient Indian treasure,” Palak said.

A fashion show was staged with ten participants showcasing the latest in designer outfits and accessories of dazzling hues. 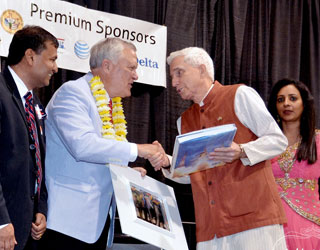 IACA’s donation of part of the proceeds from the Beauty Pageant to the Winship Cancer Institute at Emory University was announced. Meanwhile, booths were busy selling goods or providing information. Atlanta’s popular Udipi Café and Nirvana Indian Bistro restaurants did a brisk business. 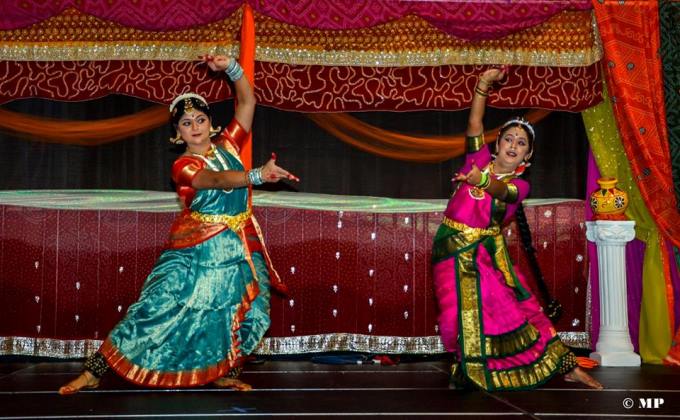 An entertaining cultural program with a huge variety of songs and dances was presented by talented and excited participants in colorful Indian dress. Styles ranged from devotional and patriotic to Indian Idol and from bhangra to Bharatnatyam. One outstanding dance was by Pushyami: a Ganesha Pancharatnam, in Ragamalika, Talam Tisragati, composed by Jagadguru Sri Adi Sankaracharya. Zumba was also performed on stage by Sheila Devlia with other enthusiasts. 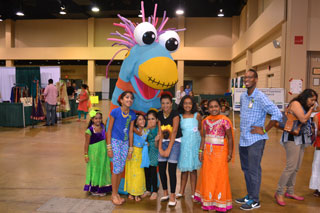 The Sheth Foundation facilitated the screening of acclaimed independent film The Wisdom Tree (sci-fi, mystery, spiritual, drama). The two-hour film starring award winning actress Sheetal Sheth was well-received and a Q&A with writer-director Sunil Shah was informative and engaging. The Wisdom Tree is a tale of human fears and desires. It binds science (physics and neurology), art (fine art paintings, and classical music), and mysticism (philosophy and spirituality), suggesting that the universe is multi-dimensional, strange, harmonic, and that—as Eastern spiritual traditions have long maintained—“All is one.”

Antakshari was the last item of the day. Rajasree Arcot hosted for 7 pairs of contestants, and the final was a tie. Winners received cash prizes.

The FOI began in 1997 and has now become a much anticipated and appreciated annual event, as it provides an invaluable glimpse into the rich and vibrant culture and heritage of India to Atlanta’s fast growing young Indian generation as well as to the mainstream communities.