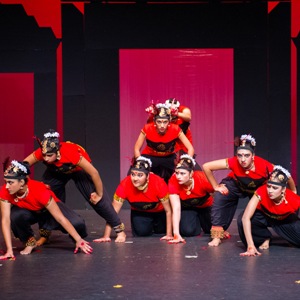 Aakriti means ‘image’ or ‘shape’ in Sanskrit. According to Hindu myths of creation, life began from nothing. In this spirit, Aakriti alludes to creations from the soul and aimed to showcase the stimulating spirit of Bharatnatyam dance collaborating with other classical dance forms such as Kathak, Odissi, and Mohiniyattam.The exuberant extravaganza comprised of fifteen scintillating dances depicted mythical tales of Lord Shiva, his consort Parvati, Lord Ganesha, Lord Muruga, Lord Krishna, and longing devotee Meera that captivated the audience from start to finish. It also reflected contemporary themes relevant in today’s time.

After Archith Seshadri who presented the program welcomed all, Sagepath’s founding partner, Eric Swanson said he and his wife Kelly felt honored to attend the show. He recounted how they had thought about collaborating with Anupa and Abir Thakurta and how wonderful it was to see the dream come to fruition. 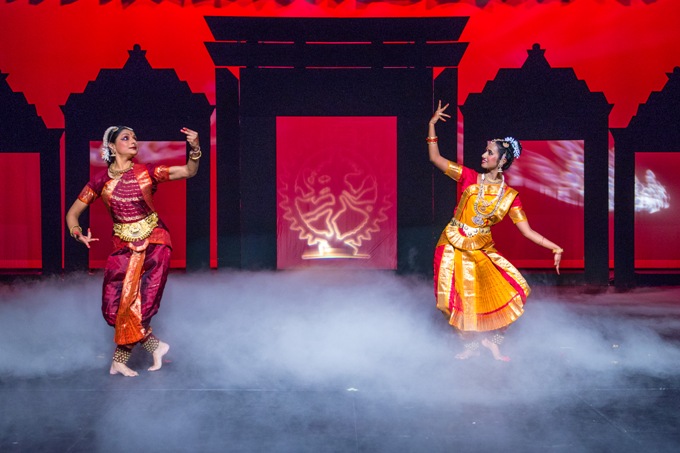 The show was a fundraiser for Baal Dan Charities. Baal Dan was initially formed to support impoverished children in India but from 2013 the Charity has expanded to provide aid in other parts of Asia, Africa, and America. The audience were shown a video clip and urged to donate online.

Aakriti tried to adapt traditional classical dance styles to contemporary classical interface and new age music, without diluting the basic form. Aakriti had many contemporary themes that transcended religion and traditions. The enthralling program began with Aangikam, an invocation praising Lord Shiva, King of Dance. Panchanadai Allarippu Dance was set to five basic nadais (gaits). Ganapathy Rayan was an invocation dance seeking blessings of Lord Ganesha, Goddess Shakti, Lord Muruga, and Goddess Saraswati; and Maal Muruga was a dance to a song in praise of the God of War, wisdom, and love. The very young students of DSPA (ages 5-7), followed by dancers (ages 7-10), displayed the basic steps in Bharatanatyam to popular Hindustani raga, Reethigowlai, presented through violins.

Ardhanarishwara Ashtakam dance, based on a prayer written by philosopher-poet Adi Shankaracharya wherein he speaks of the masculinity (tandav) and femininity (lasyam) of Lord Shiva and Goddess Parvati synergized together, and choreographed and performed by Anupa together with Veena Anilkumar, was a treat to watch. Rhydhun, a dance of exuberant joy, was fast paced, with intricate footwork. 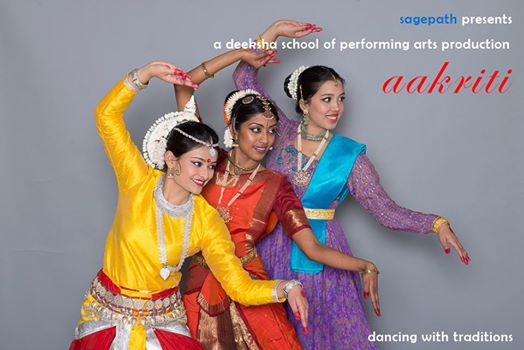 Sargam, a composition based on an acronym of the four basic notes of the octave—Shadja, Rishabh, Gandhar, and Madhyam—was also well choreographed. Dhanashree Tillana, based on raga Dhanashree of longing for love, was choreographed and performed by three proficient dancers, Anupa Thakurta, Srividhya Raman, and Nisha Raj. The dance Nirbhaya was innovatively choreographed by Anupa in response to the violent gang rape and subsequent death of Delhi medical student Jyoti Singh Pandey in December 2012; it showcased the violence against women and the call for all women to rise up and assert their dignity and freedom to choose. “The Earthly Elements: Earth, Water, Wind, and Fire” dance choreographed and performed by Puja, Ahona, Shruti, and Veena was captivating. Bharatnatyam exponent Nisha Raj enthralled the audience in the Kahin Dekhori – Dance of Divine Love, depicting Meera’s love for Lord Krishna. Four proficient dancers, Anupa (Bharatanatyam), Payal De (Odissi), Rakhi Rajeev (Mohiniyattam), and Mallika Halder (Kathak), enraptured the audience with Nrityasangam dance imaginatively choreographed by them. The dance “Deeksha, The Tree of Knowledge” was a tribute to the dance teacher from the students of the dance form; thanking her for the fruits, the teachings that have been showered on them. In the finale, Dhanashree Tillana to a combination of Carnatic music and progressive rock, the entire cast lit up the floor and received well deserved thunderous standing ovation from the audience.

The entire show was the brainchild of Anupa Thakurta, who conceived, choreographed, and directed it. Delivered by 55 dancers from 5 to 45 years old and 30 production crew members, Aakriti was one of the best dance events I have attended—truly a quintessence of Indian classical dancing! And the insightful brochure designed by Sanjoy Maity is something to treasure.