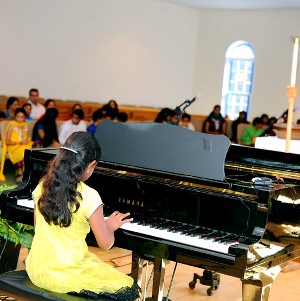 Students at Studio! Music Academy picked songs to perform for the school’s 7-year-anniversary recital. Titled "Musicology," the show had three segments: Classical Compositions, Voices and Vibes, and Bollywood to Hollywood. Around 150 music enthusiasts gathered at the Prince of Peace Lutheran Church in Alpharetta on Sunday, October 25, 2014 for the piano/voice recital. 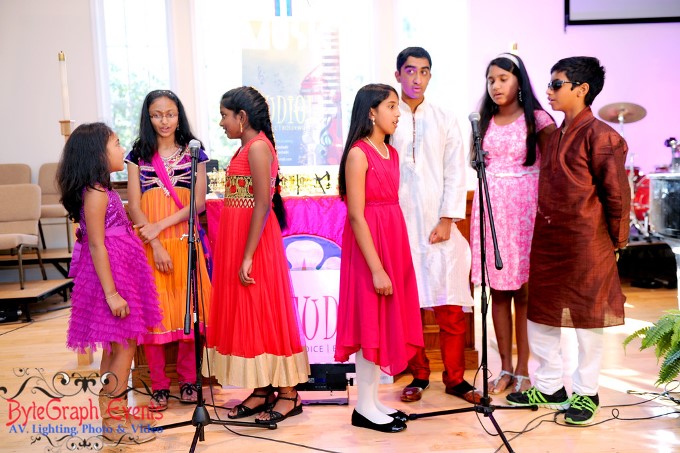 Founder/Director of Studio!, Archith Seshadri and Assistant Director/Piano Teacher, Ashwin Seshadri emceed the afternoon program. A group chorus ensemble began with "My Favorite Things" from The Sound of Music.

In the classical segment, Pachelbel's “Canon in D” was played as well as several Latin inspired pieces including “Malaguena” and “Matador.” There were no shortage of popular Bollywood numbers including “Balam Pichakari,” “Titli,” and “Pehla Nasha.” The voice students showcased their range with pieces including “Puff The Magic Dragon,” “Let It Go,” and “Colors of the Wind.” The recital wrapped up with a group vocal ensemble to “Mamma Mia,” the popular tune from the band ABBA.

Sponsors were Shalin Financial Services (Gold); DJ Jaz, Madras Chetinaad, the Rao family, DDS, Mehul Designs, and Yagna Collections (Silver); and the Ganjam family (Bronze). Each student rejoiced at receiving a trophy at the end of the successful program. 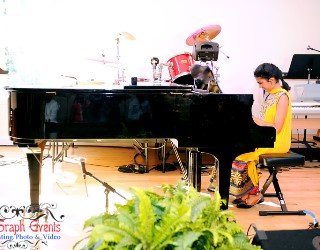 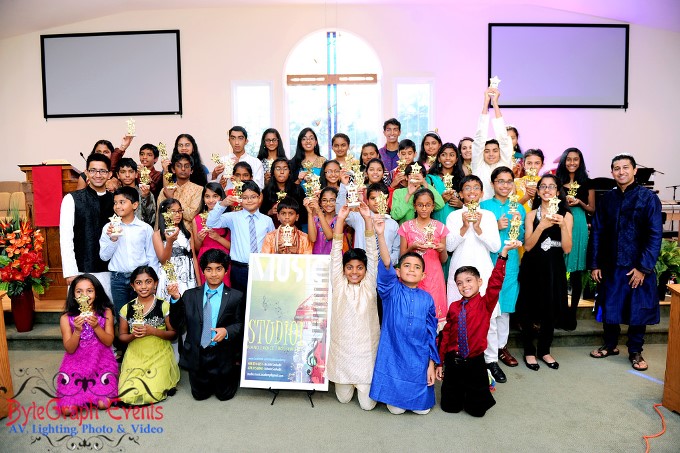