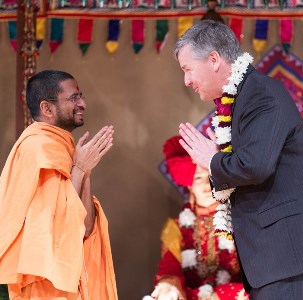 
Devotees attended the annual Swaminarayan Jayanti and Ram Navami celebration held in March at BAPS Shri Swaminarayan Mandirs worldwide. Bhawan Swaminarayan was born on April 3, 1781. The Atlanta celebration was in two parts: on March 22, 2015 a program organized by the women for the women had the theme “Leela Charitro Na Sambharana” or recall the divine actions and incidents of God, and on March 28 children and youth presented a cultural program with the theme “Bhakta Thavu Bhagwan Na” on how to become an ideal devotee of Bhagwan. 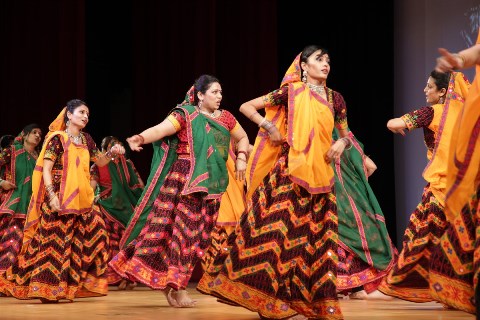 The women’s program included devotional songs and dance as well as spiritual discourses, examples of exemplary devotees such as Sita, Hanuman, Gunatitanand Swami, and many of the 500 paramhansas were made relevant to modern day. The audience received His Holiness Pramukh Swami Maharaj’s video blessings.

The celebrations generally include fasts observed by children, youth, and adults alike, along with consecutive Swaminarayan dhun sessions held to rest one’s mind in the divinity of Bhagwan. An assembly highlighting the life and words of Bhagwan Swaminarayan completes the celebration, which is enveloped in an atmosphere of joy. Children practice singing vedic shlokas and youth learn time-honored folk dances. Murtis of Bhagwan Swaminarayan and Bhagwan Ram are dressed in elegance befitting royalty. Devotees join in an evening of kirtans, spiritual discourses, and meaningful skits. 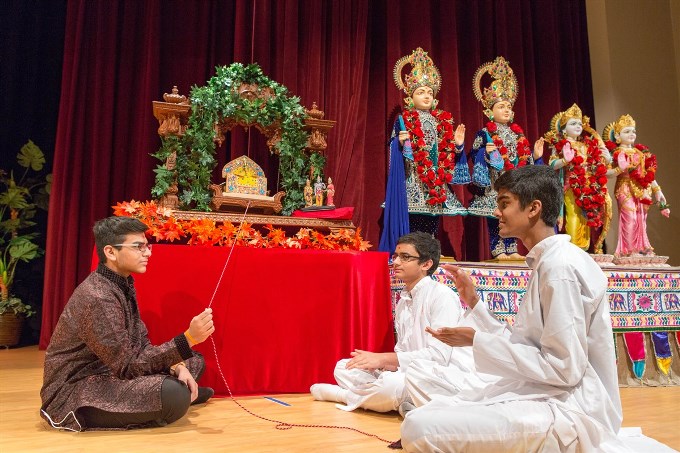 At the conclusion of the festive program, the murti of Bhagwan Swaminarayan is placed on an ornate swing while devotees sing kirtans extolling the birth of Bhagwan, “Dharma gher anand bhayo, jay bolo Ghanshyam ki.”

The Lilburn (Atlanta) temple also participated in Earth Hour by switching off lights at 8:30 pm on Saturday, March 28, 2015. 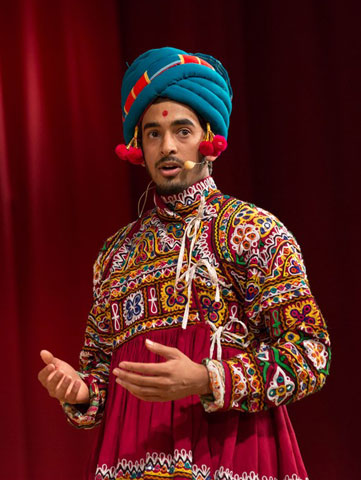