SwarGanga’s Crescendo, Now an Annual Event to Look Forward To 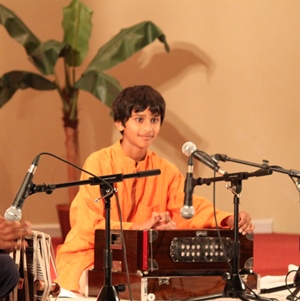 With eighty students competing, this was the largest competition thus far (see report on the first Crescendo 2011 in Khabar issue of June 2011). As in previous Crescendo events, it started with rounds of elimination online with a panel of judges from all over the world shortlisting the entrants. This year the final rounds were held in various US cities, and the mega-final round in Atlanta. 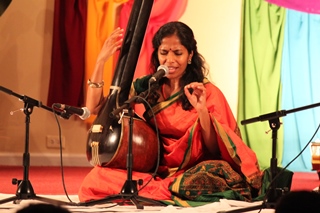 Contestants were grouped by age: below 15, 15 to 25, and above 25. In the mega-final round, vocalists, tabla players, and other instrumentalists competed with each other in their age group, while in earlier rounds they competed with entrants in the same category and age group. Several competitors were from Atlanta and some from cities as far as Phoenix and Los Angeles.

Judges in the mega-final rounds were Pritam and Prithwiraj Bhattacharjee, faculty members from the Pt. Jasraj School of Music in Atlanta, and Chaitanya Kunte, noted harmonium player, composer, and scholar.

Tejas Venkateswaran wowed the audience with his performances on harmonium and tabla, which were ranked in the top two places. “An astounding kid with multiple talents” [judges’ comments], he was awarded 1st place in the below 15 age category. The 1st runner up award was tied between vocalists Nandan Shastry and Radhika Bhalerao. 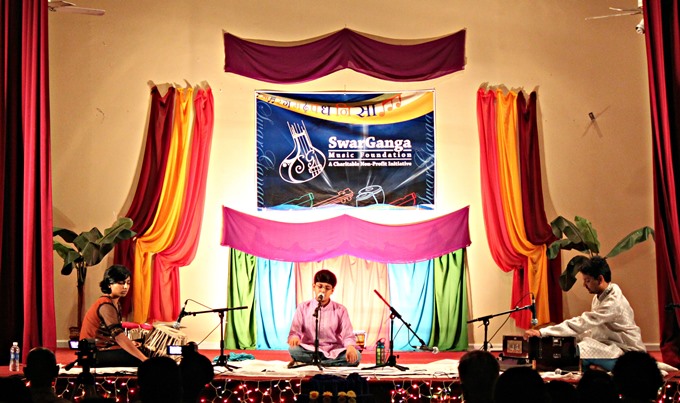 Most contestants were accompanied by Atlanta’s Lalita Balakrishnan on tabla and Adwait Joshi on harmonium. (Photo: Megan Neuman, SwarGanga)

In the 15 to 25 category Chetan Anant took 1st place, with “remarkable command on the technique of flute playing” [judges’ comments]. In the above 25 age category, first place went to Ravindra Deo, whose wonderful solo Tabla presentation “was marked with his genuine approach towards music and it was also evident of the piles of hours he must have spent in Riyaz! He presented the uncommon and difficult Taal with ease and balance and left a good impression” [judges’ comments]. The 1st runner up was vocalist Sushma Pawan—“her rendition of Raag Jaunpuri was soulful. It was clear that she is receiving a good training and practicing music with passion” [judges’ comments].

Thanks to the many months of dedicated hard work by SwarGanga’s Adwait Joshi and his team, Crescendo has become an annual event to look forward to for budding North Indian classical musicians, and their parents and teachers, in the United States. 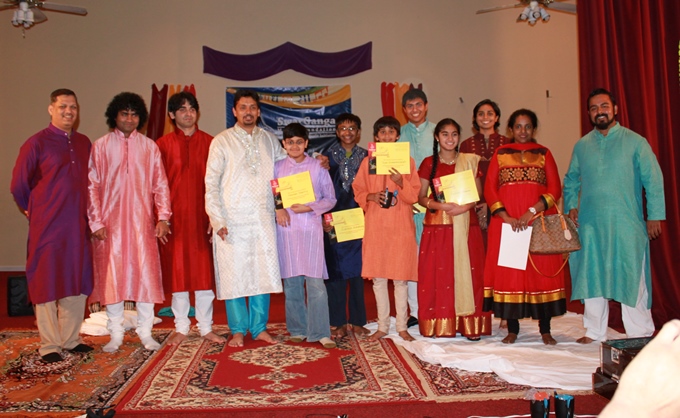