The Dream Voice, a virtual fundraiser with Shankar Mahadevan Academy 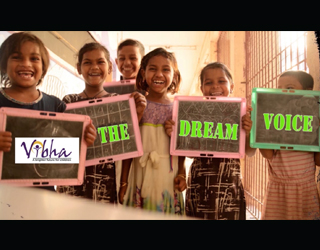 Vibha organized The Dream Voice, its annual fundraiser in the months of May and June. Conducted in partnership with Shankar Mahadevan Academy, the online singing contest received close to 300 entries from ten countries making this a global contest. 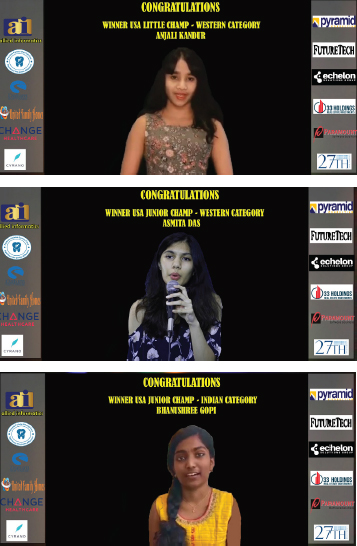 The entries were divided into three categories: Little Champs (age 3 to 13 years), Junior Champs (13-20 years), and Super Champs (age 20 and above). There were also Indian and Western singing categories. The judges consisted of the talented and accomplished Rekha Pallath, Sid Philar, Anudeep Dev, Saraswathi Chaitanya and Ram Durvasula. 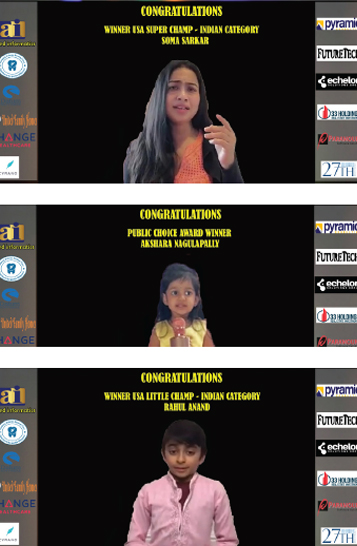 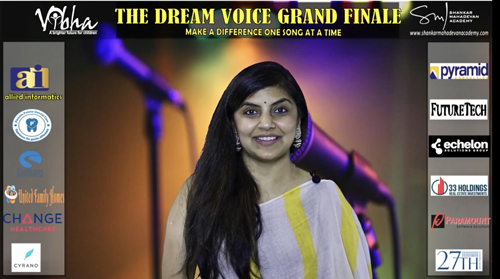 After the preliminary round, the contestants who advanced to the final round had an engaging and informative mentoring session by Sa Re Ga Ma finalist Nihira Joshi Deshpande as well as composer, vocalist and educator Rohith Jayaraman.

On Sunday, June 13 of 2021, was the grand finale of The Dream Voice when the winners were announced. Dr. Ruchi Iyengar took the attendees on an entertaining journey which was shown live on the Vibha Facebook page. The channel had about 3000 views.

Winners were announced in 3 groups: U.S., India and International for each of the Little Champ, Teen Champ and Super Champ categories as well as the Indian and Western categories. People poured their votes for their near and dear ones for the Public Choice awards which was a separate category. Contestants had the audience spellbound with their singing. It was followed by stories of the difference Vibha is making on the ground. The well-known singers Kartik Raman, Hema Nayak and Bhavya Pandit entertained during the finale.

Over 13,000 dollars were raised through this event which will go towards Vibha`s Ray of Light campaign which is raising funds for Covid relief in India. The campaign has already raised close to 2.2 million dollars.