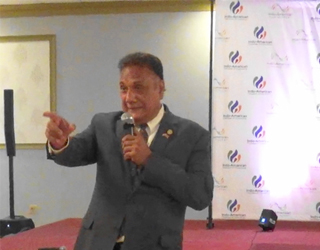 The Indo-American Chamber of Commerce (IACC) organized a networking event at Ashiana Banquet Hall in Global Mall on June 22nd. The 70+ attendees were indeed movers and shakers from the Atlanta community. Founder Dr. Charan Shikh was inspired to start IACC after taking a U.S. delegation to India five years back.

The Chamber is led by Kent Davies, executive VP and board member at IACC and Indo-American Film Academy (one of the Chamber’s initiatives) and chairman for Gwinnett Tech Trustees. With extensive experience in running a vibrant mainstream Chamber of Commerce, his operating style would prove to be a major element in the Chamber’s success. 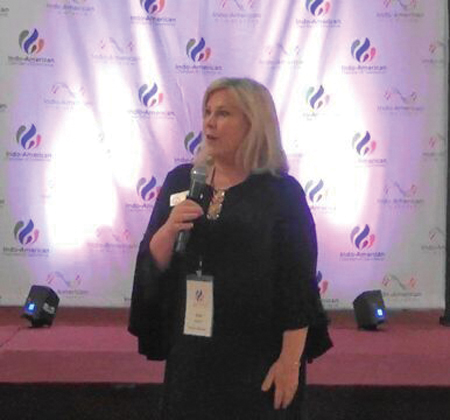 Board member Anindita Nanda Issa, a medical officer with CDC, spoke of leading a charge to connect all local medical doctors into a networking forum. Board member Wiliam Pu, founder of William Pu Music Academy and associate concertmaster of the Atlanta Symphony Orchestra, and Amy Chang’s 13-year-old student, Charlotte, performed a piece composed by a Spanish composer. Charlotte’s fret movement on the violin as well as her concentration during her rendition moved the attendees to offer her a standing ovation.

[Right] IACC board member and Georgia Representative Shea Roberts spoke at the event. 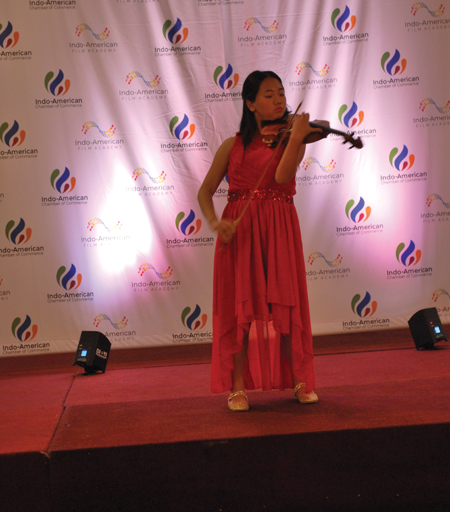 Board member and Georgia Representative Shea Roberts of the Georgia State House District 52 spoke of how she connected with Dr. Shikh and looks forward to contributing to the Chambers’ success. Board member Melvin Everson, vice president of economic development at Gwinnett Tech, spoke of his initiative to develop a skills program for the overseas students in India which they could join for a vocational and affordable skills degree in technology.

Another board member Pat Merritt is vice president, community and economic development at Georgia EMC - which includes all Community Electric Companies. She shared that she is looking forward to contributing towards India’s infrastructure initiatives and assisting in seeking corporate sponsorships.

Diversity is the key, says Dr. Shikh on “The Playbook’’ radio show with Mark Collier. “People asked me whether they have to be Indian to join because of the ‘Indo-American’ in the Chamber’s name. I said, of course not, you can be anyone and be a contributing member if the charter of Indo-U.S. trade and commerce benefits and/or interests you.”

Amongst the few initiatives that were spoken about is a planned delegation visit to India later this Fall.