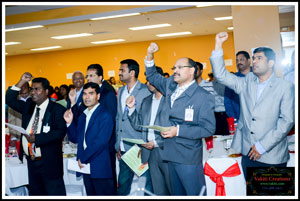 Telangana Community, Inc. began in Atlanta and grew by leaps and bounds in serving the Telanganite community of Atlanta. On March 14, 2015 at the Taste of India Banquet Hall, the organization was given a new name, Greater Atlanta Telangana Society (GATeS), and a new logo to reflect the new and reinvigorated spirit and cultural identify of Telangana. The formation of Telangana, the 26th state of India—a culmination of 6 decades of struggle—brought new hopes and a new sense of responsibility to every NRI Telanganite across the globe, and all have awakened to this new challenge and are responding with renewed dedication as was shown at this event. 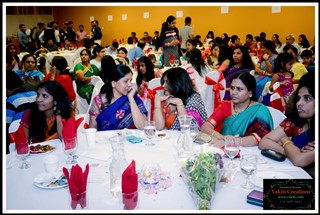 A crowd of over 500 exceeded the hall’s seating; many stood inside and outside. People came not only from metro Atlanta and cities in Georgia, but also from New Jersey, Washington D.C., Florida, Alabama, Texas, and California. 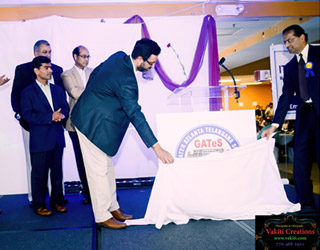 The celebration started with an invocation to Lord Ganesha, singing of the Telangana State song (“Jaya Jaya He Telangana Janani Jaya Ketanam”), and paying homage to martyrs of Telangana. Consul and now Acting Consul General R. Srinivasan of the Indian Consulate in Atlanta along with Board Chairman Dr. Sreeni Gangasani and President Venkat Veeraneni unveiled the new name GATeS and its new logo (encircling Ekasila Toranam, the famous single stone arch of Kakatiya rulers). Dr. Gangasani described TCI and its community service projects in India. 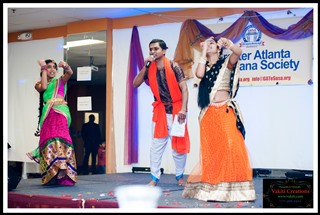 Greater Telangana folk singers Janardhan Pannela and Srinivas Durgam provided color, melody, and sparks with their performances. The star entertainer of the evening, Mimicry Ramesh, sang, imitated stars and politicians, shared his life's moments, and reminded people of their duties and responsibilities to the needy back home. He enthralled the audience and was called for an encore. 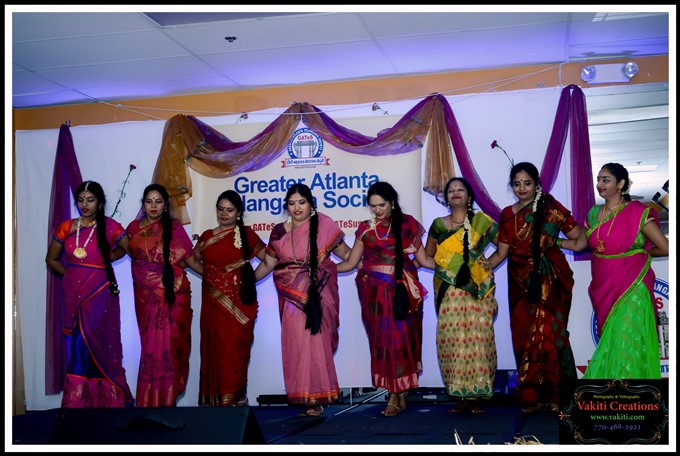 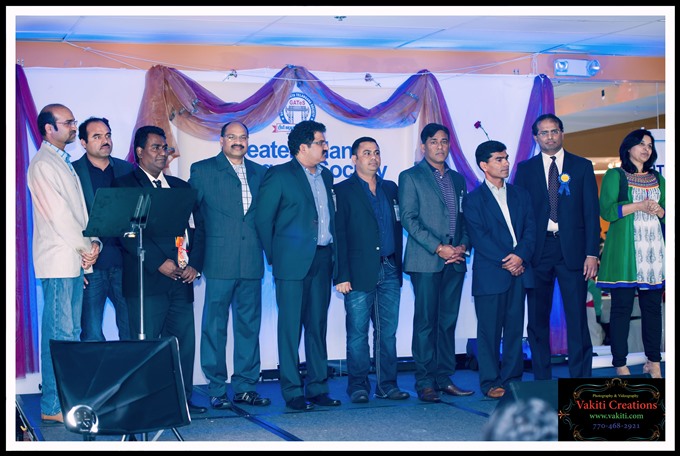 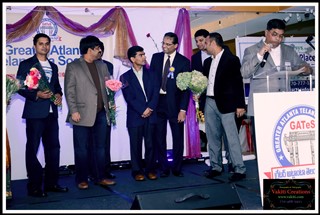 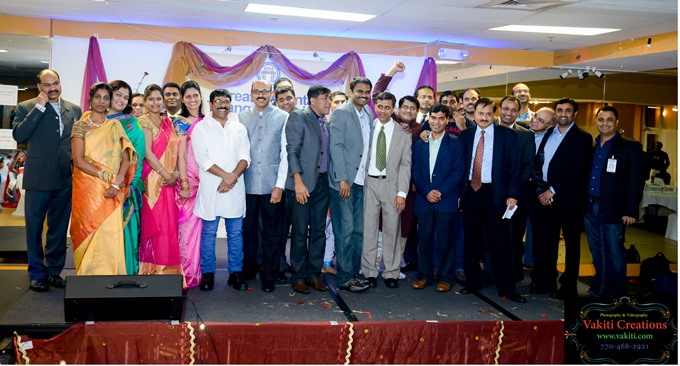 Sponsors were appreciated:
Dr. Gopal Rao for sponsoring the logo, Narasimha Rao of H2K Infosys for funding the banquet, and numerous donors for contributing at various levels. Viju Chiluveru presented the huge list of sponsors and thanked for their continued support to the organization over the years. Past presidents Rathnakar Eluganti and Srijan Joginapally were honored for their dedicated work to the organization and to the community.

Sridhar Reddy Vakiti of Vakiti Creations as usual extended his support to capture the golden moments, by photos and videos, along with his dedicated team. Taste of India added elegance to the event, while Suresh Karothu and his team provided excellent sound system and DJ.