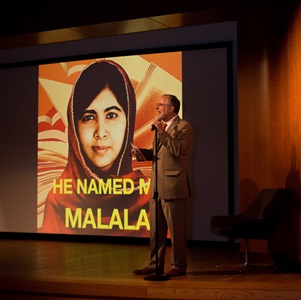 He Named Me Malala is a story of Nobel Peace Prize Laureate, Malala Yousafzai, who was targeted by the Taliban and severely wounded by a gunshot. She was 15 years old at the time. She, along with her father, was singled out for advocating girl’s education. This attack caught the attention of the world media. Since then, her name is symbolic of hope and courage in times of adversity—a story that has touched the hearts of many, turning her into a hero. This documentary was shown at Kennesaw State University on March 23, 2016, hosted by the Undocumented Student Alliance at KSU, and again at Georgia State University on March 31, hosted by the World Affairs Council of Atlanta (WAC) and Muslim American Leadership Alliance (MALA).

The documentary shows the life of an extraordinary young girl, from her deep love for her dad, who inspired her passion for education, to her tragedy and triumph, her impassioned speeches at the UN, to her being a normal teenager.

Filmmaker Davis Guggenheim starts the film with animated characters, to fill in the blanks of the story that could not be captured in real life. We hear of how Malala got her name: her father named her after the Afghani folk heroine Malalai of Maiwand. This animated technique is very effective and makes the documentary dreamy and feminine—which is in stark contrast to Malala’s real life horrors. There are times in the documentary where we can feel her fear as she talks about having nightmares and her constant fear that the Taliban will kill her father.

The beautiful relationship between Malala and her dad, Ziauddin, is shown. In a society where a female child is not regarded with much worth, we see Malala’s dad, who is an educator, helping her shape her position on women’s rights. Her father has a gentle spirit, with great wisdom but definitely not an expert about social media.

There is also humor in the documentary, as we see glimpses into Malala’s family life. She and her two brothers were constantly fighting each other, which adds moments of warmth and light. She becomes a giggly, shy teenager when she talks about boys and Googles pictures of famous cricketers. All of this shows some normalcy in her life.

Her life in the UK and settling into a Western society strikes a chord with many immigrants. At times, a very serious and wise Malala is captured, then she turns into a witty, bossy teenager.

We hear Guggenheim ask off-camera about her suffering. A very uncomfortable looking Malala brushes off the sensitive topic gracefully.

Guggenheim won the Academy Award in 2006 for An Inconvenient Truth. He also created It Might Get Loud and Waiting for Superman.

The press noted that this documentary took “18 intensive months” of shooting and promised “an intimate portrait” of an extraordinary young woman.

We see a teenager give speeches at the UN in front of world leaders, giving them direction into the plight of girl’s education. She is seen travelling the globe meeting Presidents, appearing on The Daily Show, and giving a voice to the oppressed. 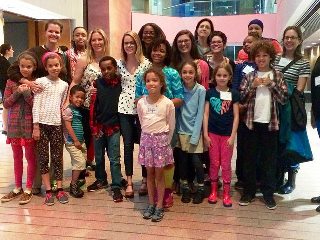 Entire classes of kids were eager to see the film on Malala. (Photo: Life Illuminated)

Malala Yousfzai is now a leading campaigner for girls’ education globally as cofounder with her father of the Malala Fund.

The event was followed by university/public dialogues, e.g. Dr. Amira Jarmakani, Assoc. Prof. & Dir. Women's, Gender, & Sexuality Studies, GSU, speaking on April 6 about Malala’s book and asking how Malala fits into mainstream conversations about women's rights, specifically how Muslim women's rights have been approached and received in the U.S. 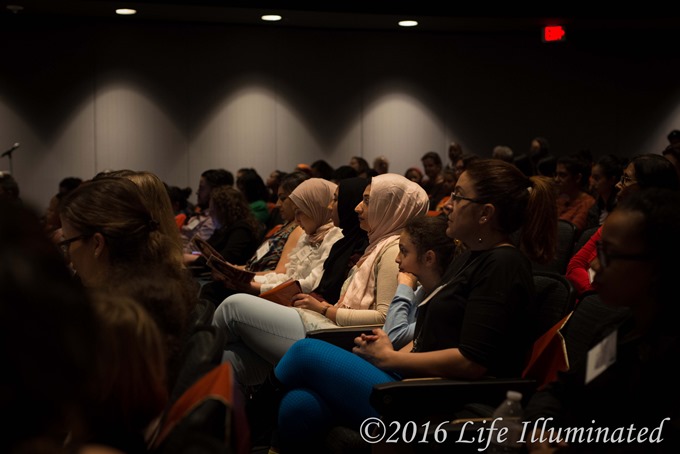 Children and people of various faiths and ethnicities were in the audience at the GSU screening. (Photo: Life Illuminated)