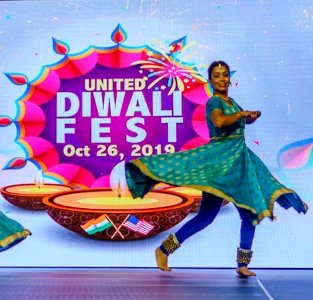 The damp weather didn’t deter thousands from joining in the celebration of victory of light over darkness, from 3pm-8pm. The festival brought a spirit of unity, not only among Indian associations but various religions, as Diwali is celebrated among Hindus, Sikhs, and Jains. 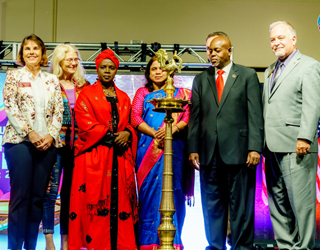 Senator Rahman expressed Diwali greetings and assured that he was available if anyone needed his help. Prasad Vanpal, Marketing Assistant at the Consulate, and Ms. Mini Nair, President of the Indo-American Press Club also attended.

Dr. Swati Kulkarni in her address emphasized the need of unity, illustrating with a story about being stronger together and noting that even animals realize the value of unity since they come together as a group in an emergency. The visit of Prime Minister Modi and President Donald Trump to Houston reflects unity, she said, as 50,000 people welcomed PM Modi. She encouraged everyone to participate jointly in International Yoga Day and other events. A slide show of the accomplishments of the Consulate was shown. 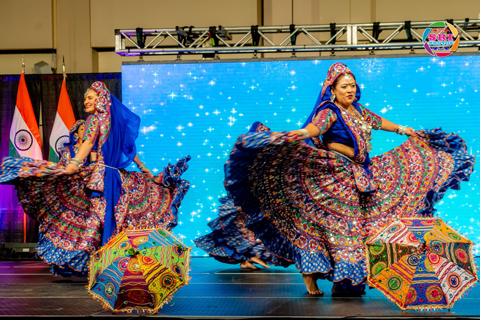 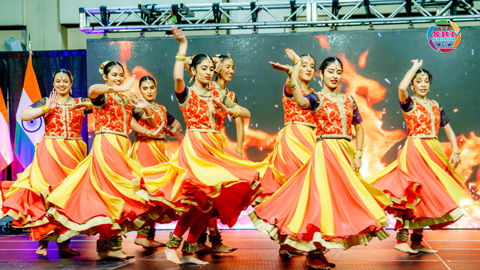 More than 80 organizations and 4000 individuals participated in the free festival. Dance schools showcased classical and modern dances and dances from various states. Booths sold products, and free food was provided.

Thanks:
Consul Lakhtakia introduced various committees and special guests throughout the evening. Volunteers from various organizations came together forming different committees-Venue, Welcome, Guest, Cultural, Finance, Marketing, Food, which planned this event in five weeks. It was well supported and participated by several members from the media community. Prashant Kollipara founder of Byte productions did a wonderful job with audiovisual presentation. The program was sponsored by (Diamond Sponsor) Patel Brothers, (Gold Sponsor) 27th Investments, and by various Indian organizations.

Kids, light on their feet, jump in a dance at the festival. (Photo: Sri Photos)