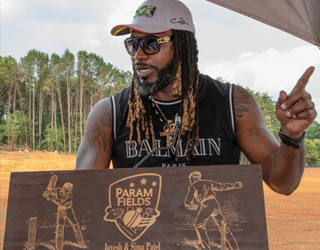 Legendary West Indian opener Chris Gayle, popularly known as Universe Boss, inaugurated one of the six fields in the Paramveers Cricket Complex in Cartersville, Rydal on June 13, 2022 in the presence of hosts Jayesh and Sima Patel along with Paramveers’ management. The event was anchored by the USA Cricket Hall of Famer, Jatin Patel. 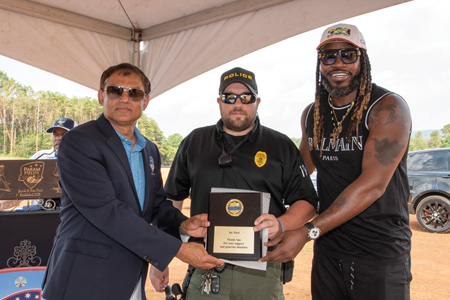 Happy to join the Paramveer Family, the swashbuckling and colorful Chris Gayle said, “I am really excited at the prospect of this facility. It can become one of the best cricket facilities not only in U.S.A. but in the entire world. I am very happy to be part of the Paramveer family and I extend all my support to them and for the growth of cricket in the United States.”

Chris Gayle, whose MVP performance helped the Paramveers win the US Open T20 in 2020, also said, “Today I also want to confirm my participation in the opening match in this venue, whenever that happens.”

Speaking during the inauguration, owner of the facility Jayesh Patel said, “We want this facility to be known worldwide as the first family-owned unique sports complex in the U.S. which can benefit cricket and many other sports for generations to come. It’s like a dream come true for us, as we have managed to put together a highly professional and resolute team with extensive expertise and experience working on this project to accomplish quality outcomes. I would like to thank Dhiraj Prasanna, former BCCI curator who carries three decades of experience; Jatin Patel, multi-sports coach who is working as a consultant and advisor.” 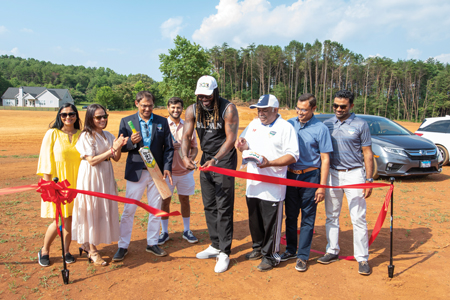 The Paramveers Cricket Complex, a 40-plus acres facility, privately owned by Jayesh, Sima, and Param Patel, is the dedicated home of Paramveers Cricket Club since 2014. The facility also houses the youth academy established primarily for the development of the game among the younger generation in the region. The facility, which consists of six fullsize cricket grounds (of 80 yards boundary), is being developed with the aim to make it one of the major cricket facilities in southeastern United States.