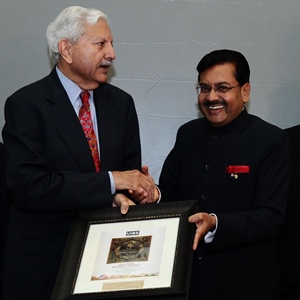 Hosted in Atlanta since 2010, UIBS has emerged as the largest conference in the Southeastern United States (and probably second largest in the country) seeking to promote productive and mutually rewarding business relations between the United States and India. The event’s objective is to grow a sustainable nexus of deepening business relations between the two partners with a view to yield job-creating investment, innovative partnerships, enhanced trade on a common platform, accelerating growth potential in the fast-growth innovative sectors at the intersection of R&D and life sciences.

The Indian life sciences and healthcare industries are experiencing a rapid transformation, characterized by double-digit growth. Biopharmaceutical, medical devices, healthcare providers, research centers are all combining forces to find unique lower-cost efficient solutions to universal problems. Illustrative of this momentum is the September 2014 launching by Sweden of a life science and healthcare platform in India. The Indian healthcare market is currently estimated at US$85 billion. Informational technologies provide the solutions to this fast-changing market supported both by private and public sector initiatives. Rising income levels, a growing elderly population, improving access to health care are all factors driving this growth further enhanced by an increasingly business-aware regulatory environment. 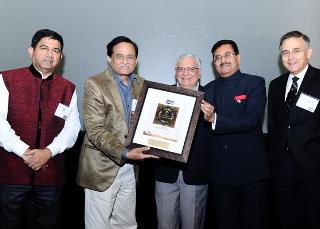 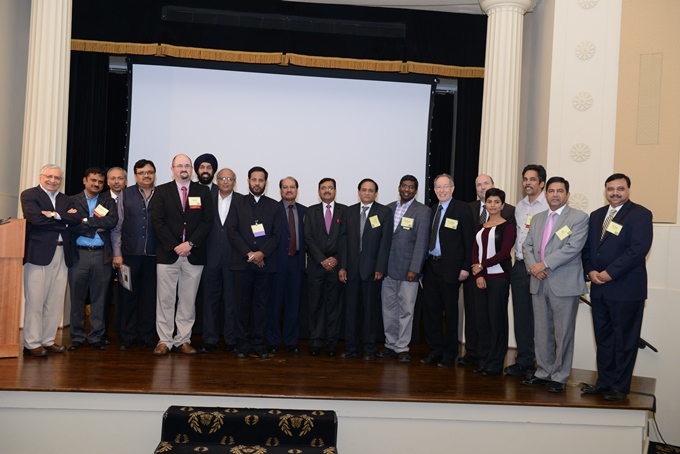 India’s story is one of opportunity and continuous growth buttressed by the recent election of Prime Minister Narendra Modi whose policies and newly formed government offer a real path to lift India’s longer term economic trajectory. India’s economy today is still growing faster than most countries and keen investors are taking advantage of the moment: financial markets have responded enthusiastically to the May election. In spite of mixed results associated with a global economic slowdown, U.S. and other multinationals remain sold on India and are deepening and expanding their market penetration. A full range of U.S. firms with advanced products in the technological and commercial sectors targeted by the new government will be entering the Indian market for the first time while other firms are increasingly viewing India as the top anchor platform market for their services and products.

India’s demographics are remarkable and the country is on track to grow its workforce by 140 million between 2000 and the predicted date of 2020. This increase is equivalent of the population of the four most populous markets in the European Union. While such figures represented challenges they undeniably represent one of the greatest opportunities in the world economy. 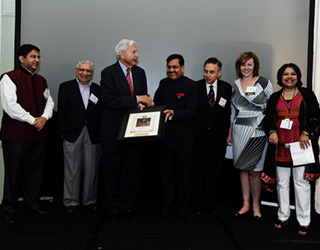 The right time in India is now while the rules of the game are being redefined and while the Indian markets are taking off with new actors, in a reconfigured global economy. This Summit opened vistas on this ongoing process and the clear opportunities it portends in all the sectors of focus. UIBS gives awards every year to individuals and companies who are championing USA-India business relations or have contributed to grow UIBS. Some of this year award winners were General Mills India Pvt. Ltd.; Dr. T. S. Rao, Department of Biotechnolog, Govt. of India; Lalit Dhingra, NIIT Technologies, Inc.; Mr. R. K. Sehgal, Former Commissioner of Georgia Dept. of Economic Development; Dr. Jay Yadav, CardioMEMS, Inc.; and Dr. K. M. Venkat Narayan, Emory University.

2. USA & India Business Collaboration / Lalit Dhingra, NIIT Technologies, Inc. / Jennifer Irwin / As an enterprise with a deep interest in the success of both nations, NIIT Technologies has set a priority to stimulate skill development, innovation, and sustain job growth.

10. Friend of UIBS Mark Lytle, ‎Vice Chancellor for Economic Development at Board of Regents- University System of Georgia / UIBS Program