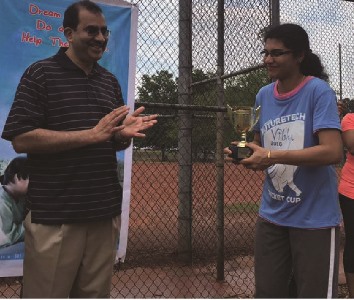 It’s that nail-biting moment—the final ball of a cricket tournament! All the excitement of building the team, countless hours of practice, the victories leading to the finals, the pounding hearts, and then that sudden stillness in the air—all of it comes down to that one final ball.

Vibha Cricket is known for these exciting matches in the men’s tournament. This time it was the turn of the women. Starting off as a colorful, fun addition to the FutureTech Vibha Cricket Cup (for men), the women’s Cricket Cup became an exciting part of the tournament. This year, in the final match, the FutureTech Women’s team scored an impressive 64 runs in their allocated eight overs, thanks to a dominating 36 not-out from Padma Padala that contained three fours and two sixes. In reply, Anagha Srinath and Madhu Shastri of Marietta Mayhem Women’s team led the fight with 18 and 16 runs respectively and helped set up the final ball confrontation. In the end, FutureTech Women’s team prevailed and became the women champions of Vibha Cricket! Padma Padala bagged the Woman of the Match for the finals and also shared the Best Batswoman of the tournament with Rachana Eshwar. Priyanka Chaudhary bagged the Best Bowler and Anagha Srinath was named the Woman of the Tournament for her performance with both the bat and the ball. 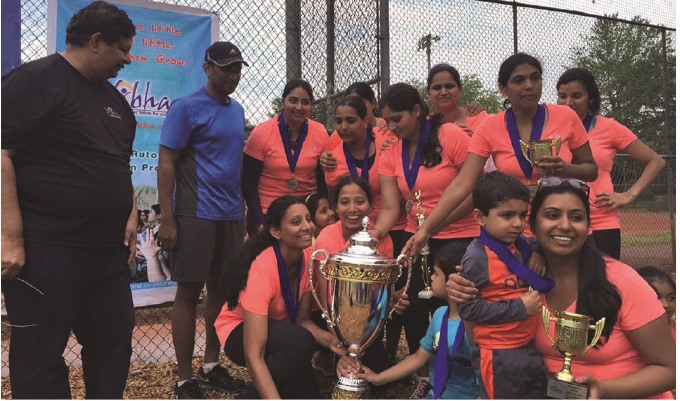 Women's Champions, FutureTech, with their trophy.

The funds generated through cricket and all other fundraisers of Vibha are directed to support scalable and replicable projects in India in the fields of education, vocational training, and support to differently abled and/or vulnerable children. Vibha is currently supporting more than 50,000 children through 30 projects in India (for a complete list of projects, please visit www.vibha.org).

While the afternoon of April 30 clearly belonged to the women’s finals, the 18th Annual FutureTech Vibha Cricket tournament that spanned over three weekends had 39 teams competing in the men’s tournament. In the finals, Master Blasters and defending champions FutureTech were declared joint winners in a rain interrupted match. In the Qualifier Cup finals on April 23, Atlanta Pacers scored a final-ball six to take the match to a super over and then bowled the opponents in the final ball to clinch the Cup. That match will be remembered for some time in Vibha Cricket!