Home > Magazine > Around Town > Vibha cricket for a cause: “sweet 16” and going strong

Vibha cricket for a cause: “sweet 16” and going strong 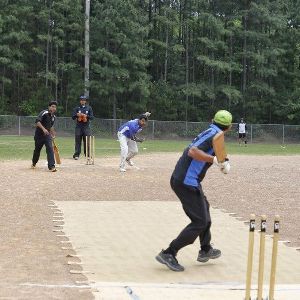 This was the 16th year of the Future Tech Vibha Cricket Tournament and as usual it was filled with lots of excitement, glorious cricket, and outstanding commitment from generous sponsors and volunteers. Highlights of the tournament this year were a couple of new events, a women’s championship and a high school championship, both of which saw excellent response. As in every year, it involved plenty of preparation and hard work by the Vibha team. Sponsors, Future Tech in particular, were not only sponsors but true partners every step of the way.

The event was inaugurated on April 26, 2014 at East Roswell Park by Mr. Sravan Vellanki, the President and CEO of Future Tech, where he unveiled the official tournament T-shirt. More than 400 players registered and 46 teams were in the draw for the exciting event. This year, yet again, the tournament drew excellent response from cricket lovers who have come back every year not just for the love of cricket but also to be part of a noble cause that makes a big difference in the lives of underprivileged children in India. Of course the added attraction of winning the gigantic rolling cup is always a huge incentive.

The first couple of weeks saw some very competitive cricket in the initial rounds. The big attraction on the first day was the game between the Alpharetta and Wheeler High School teams; Alpharetta beat Wheeler in a competitive game that was a treat to watch. Spectators witnessed some good cricket by both teams, something that is noteworthy especially since these were kids who grew up here in the US, and some of them were not Indian. The tournament hopes to see more participation from other area high schools in upcoming years. 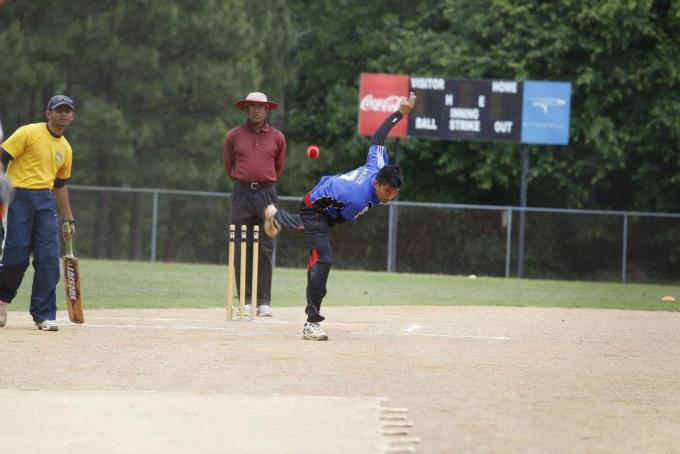 There were quite a few close games and every team gave it their best but in the end, the top four teams that prevailed were Willow Raiders, Marietta Mayhem, Paramount Georgia Tigers, and Future Tech Lions. Notable among the quarter-final round games was the one that saw last year’s winners Gallega Blazers being eliminated by Willow Raiders in emphatic fashion.

The first semi-final was played between Marietta Mayhem and a confident Willow Raiders, who won the toss and elected to bat. They didn’t start very well but Naveen and Arjun steered them to a respectable total with solid contributions of 31 and 10, respectively. Their score of 57 in 10 overs proved to be too much for the Marietta boys who were able to put up only 35 in response. Willow Raiders displayed some outstanding fielding as well as accurate bowling, especially Vinay who bagged 4 wickets in one over.

The second semi-final pitted last year’s finalists Future Tech Lions against Paramount GA Tigers, both very balanced sides. Paramount GA Tigers won the toss and elected to bat. They were restricted to a fighting total of 45 with excellent bowling and fielding by Future Tech Lions. Arpit and Parthiban made useful contributions of 17 and 14, respectively. FutureTech Lions went in to bat feeling confident, but the Paramount boys were ready for them. Wickets fell in quick intervals while runs trickled in and in the end Future Tech was left with 8 runs to score off the last over. Niaz and Anj fought till the end but came up 4 runs short and gave Paramount an entry into the finals of the tournament. 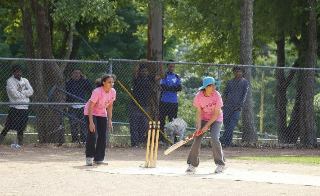 The stage was set for an exciting final. Meanwhile the ladies were getting ready for their championship game between the Wildcats and Cypress Girls. Wildcats batted first and put up 41 on the board in the allotted 10 overs. Priya, Ananya, and Simran contributed with respectable scores of 12, 16 and 9, respectively. Cypress Girls fought back with a gritty 39 but in the end the Wildcats prevailed with Anita, Jayanti, and Priya all claiming wickets. Lavanya from Cypress Girls top-scored with 12. 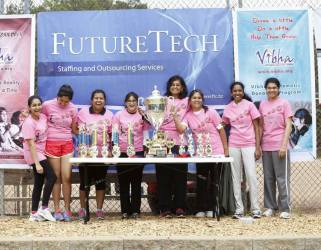 Weather had forced the final to be moved by a week and on May 17th the sky was overcast all day, but as the day progressed and the final game drew near, it cleared up. Willow Raiders won the toss and elected to bat. As they had done all through the tournament, the Raiders batted exceptionally well with all their batsmen playing a part, especially Naveen and Srikanth with 14 and 13 respectively. Srikanth hit two towering sixers before he was run out by Parthiban and Salim. Willow Raiders put a solid 61 on the board in the allotted 10 overs. Paramount Georgia Tigers did not start very well and lost important wickets early on. Manpreet played the sheet anchor role and kept rotating the strike with some excellent cricketing shots but in the end his efforts could not save the game for his team. The Tigers fell short by a large margin of 14 runs and gave the Willow Raiders a well-deserved victory in the end. There were cheers and applause as they celebrated their victory in the final of the 2014 Future Tech Vibha tournament. 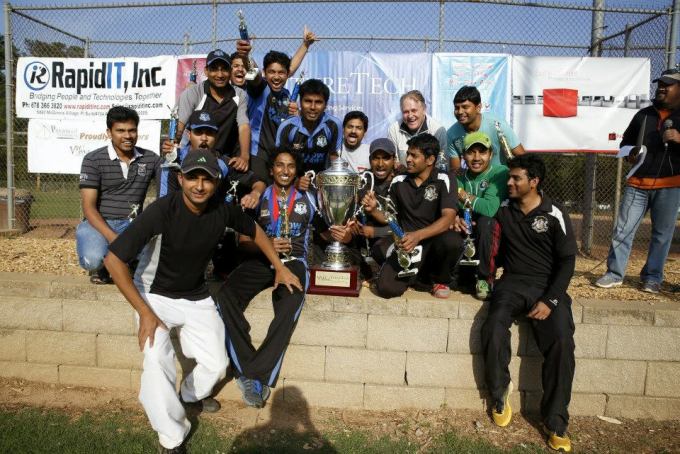