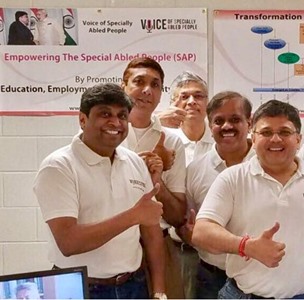 On April 1, 2017, the Voice of Specially Abled People, an advocacy organization that spreads awareness about divyang-jan, welcomed Spring and celebrated the New Year with Maharashtra Mandal of Atlanta (MMA) at Berkmar High School with the Marathi tradition of Gudhi Padwa.

Voice of SAP, founded by Shri Pranav Desai, aims to inspire leaders and the thousands of Indians in the US to join in, bringing their thought leadership, expertise, and resources to transform India’s disability sector and create a socially inclusive and fully accessible environment for the specially abled populations.

The Atlanta team of volunteers set up a booth among hundreds of MMA members at the celebrations, and distributed information through flyers, newsletters, and brochures. After several discussions with business owners, scholars, social activists, etc., the volunteers inspired at least 40 new volunteers to join the Voice of SAP team.

Some of these new volunteers have taken the step of pushing for activity and outreach to their leadership connections in India. With such encouraging developments and support of MMA leadership for the cause, the Voice of SAP team is looking towards organizing similar outreach with other Atlanta NRI organizations. 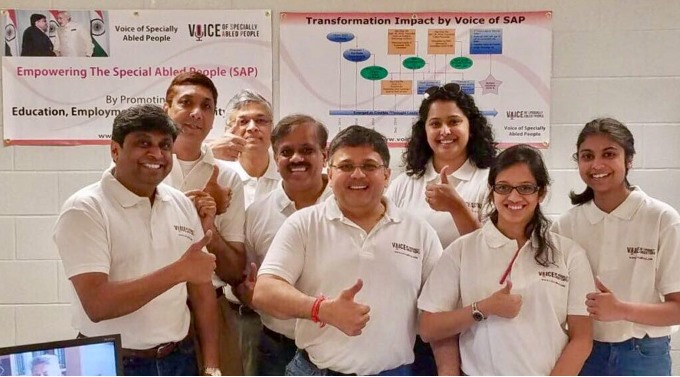