Home > Magazine > Around Town > Waste reduction has the potential to save the world!

Waste reduction has the potential to save the world! 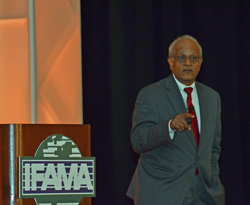 Sonny Ramaswamy, Director, National Institute of Food and Agriculture, USDA, led off at the General Session on June 18, 2013 at the IFAMA World Forum and Symposium in Atlanta.

Many an older American can well remember sitting at the dinner table, listening to mother say, “Clean your plate (i.e., eat all your food)! Think of all the starving children in India!” It was a well-intentioned admonition, for responsibility and charity.

Their parents' and grandparents' generations heard a similar message, as in this poster.

Nowadays, we don’t hear that as much. Parents are more lenient, catering to children’s tastes, and more concerned with convenience than nutrition. However, if the average American parent is not talking about the starving children in India, scientists and people in the food industry are! And not just in India, but Africa, and around the world.

The 23rd annual IFAMA World Forum and Symposium was held in Atlanta from June 16-20, 2013. Members of the International Food and Agribusiness Management Association (IFAMA) represent more than 50 countries and belong to the scientific community, academia, and the business world. All are trying to figure out how to feed the world in the coming years. 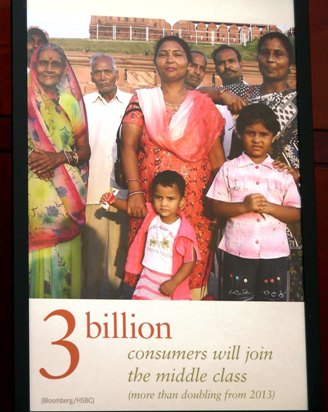 Crisis looms in the figures: By 2050, the world population will grow from the current 7 billion to 9 billion. Demand for food is expected to double, for energy to go up 80%, and for water 55%. “The challenges are gargantuan,” said the first keynote speaker, so students are urged to go into STEM fields, including math, biostatistics, etc., and to consider careers that would contribute to solutions. 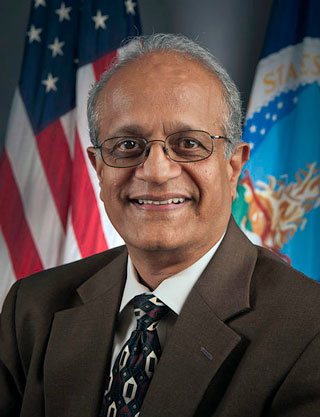 The next speaker was Sonny Ramaswamy, Director, National Institute of Food and Agriculture, USDA. He spoke of growing up in India at a time when Norman Borlaug and the American land-grant universities were helping India feed itself. Listing the many societal challenges in India now—population, food, water, environment, climate, energy, health, poverty—and “Population is the mother of all wicked problems”—he declared that the solutions rest with farmers. With Indians' changing income and diets, more meat is being eaten, stressing the environment. In the U.S. 60% of the population have weight issues; in India, 15-20% are now becoming overweight. There is overreliance on a restricted number of foods.

Waste is huge: in the developing world, 50% of food is lost before reaching the dinner table; in the developed world, close to 40% is lost, much of it after the dinner table. Lessons can be learned from terms like “Glocalization”: “Think Global, Act Local.” In the next five years in the U.S., 60k jobs will be available in the agriculture fields, but there will be only 28,000 graduates. Few farmers are in India now, he noted, as people become “wusses,” craving air conditioning! Education and jobs are linked to ag (agricultural) production.

Tim Fox, head of Energy and Environment at the Institution of Mechanical Engineers, believes that food waste is not only a problem that can be beaten, but that in beating it, we will solve much of the food supply problem. “Although the causes of food waste and loss vary by country, the problem doesn’t discriminate. The impact is everywhere,” said Fox. He explained the potential to provide 100% more food by simply eliminating losses, while simultaneously freeing up land, energy, and water resources for other uses.

In Fox’s second presentation session, he was joined by L. N. Balaji, president of ITC Infotech USA on supply chain optimization, with the concept that we have everything we need to feed the world today and in the future by applying the relevant knowledge and technologies.

Sonny Ramaswamy:
"If you're going to live like an American, you'll need four more Earths."
Audiorecording of his presentation
His blog: http://blogs.oregonstate.edu/sonny/