Ajay Devgn to direct Big B in Mayday 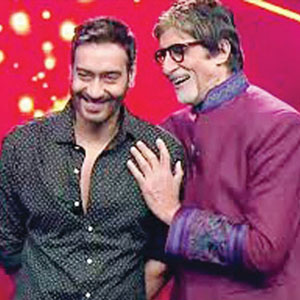 Actor-director Ajay Devgn is all set to helm a new film titled Mayday starring Amitabh Bachchan. This is the first time that Ajay will be directing Big B. While Ajay is said to be playing a pilot, there are no details yet of Amitabh’s character in the film which is said to be a compelling thriller. The two have earlier collaborated in films like Khakee and Major Saab.