Are Salman, Priyanka getting close? 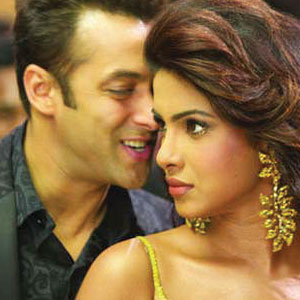 Buzz is that Salman Khan and Priyanka Chopra, who couldn’t see eye to eye, are getting rather fond of each other. Apparently, their cold war started years back when Priyanka was offered Sohail Khan’s Mr. and Mrs. Khanna and she refused, angering Salman. But things seem to be changing now—Priyanka was spotted leaving Salman’s residence around 5 a.m., that too, on a day when the success party of Ek Tha Tiger was in full swing at director Kabir Khan’s house. Of late, she has also been seen bonding with Salman’s younger sister, Arpita.

Speculation is rife that Priyanka is trying to break into Salman’s camp, now that Katrina is getting along famously with his archrival, Shah Rukh Khan.