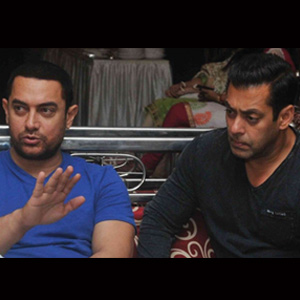 If rumors are to be believed, then the iconic friendship between the two mighty Khans, Aamir and Salman, has gone sour. Apparently it all began when Salman signed Sultan in which he plays a wrestler. This didn’t go down too well with Aamir who is already preparing for his role of a wrestler in Dangal. The two superstars are said to have gotten into a heated argument at a bash hosted by Aamir at his residence recently, which ended with Salman walking out of the party calling
Mr Perfectionist “a fake.”