Stars ring in the New Year in Dubai

Dubai turned out to be the hot favorite with the “who’s who” of Bollywood this New Year. Shah Rukh Khan hosted a bash at his palatial villa there, along with wife Gauri and the kids, to ring in 2011. Best friends Karan Johar, Hrithik and Suzanne Roshan, along with their sons, joined them there. Shilpa and Raj Kundra, too, were spotted at some of the hotspots of Dubai.

That’s not all. SRK’s archrival, Salman Khan, also took off for Dubai to swing in his 45 th birthday on December 27 with family and friends. Incidentally, Katrina Kaif dropped in at her former boyfriend’s residence in Mumbai to wish him on the eve of his birthday. The two apparently remain good friends, Ranbir Kapoor notwithstanding! 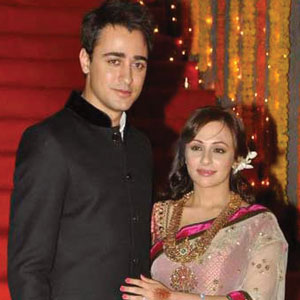 Imran ties the knot with Avantika

The first Bollywood wedding of 2011 took place on January 10 when Imran Khan and Avantika Malik had a quiet registered marriage at Aamir Khan’s Pali Hill residence. The newlyweds left for a beachside celebration in Phuket, Thailand the next day—a honeymoon of sorts. But they were not alone—50 guests accompanied them! By the time this comes out in print, mamu Aamir would have hosted a grand reception for the couple.

But what really made news was the star-studded prewedding mehendi-cum-sangeet bash on January 8 at the Maliks’ farmhouse in Karjat near Mumbai, to which Imran invited all the actresses he has worked with. And the ladies surely did oblige. In fact, Deepika Padukone cut short her London vacation with beau Siddharth Mallya to be with her favorite costar on his special day. 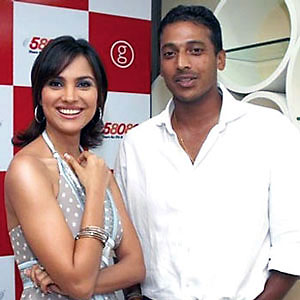 Lara, Mahesh to wed on February 19

This really is turning out to be the season of weddings. Lara Dutta and her beau, tennis champ Mahesh Bhupathi are all set to walk down the aisle on February 19 in Goa. Mahesh was earlier married to model, Shweta Jaishankar. Actor Sameer Soni and actress Neelam Kothari set their wedding date for January 23. Celina Jaitley, too, has confirmed her engagement to Dubai-based hotelier, Peter Haag and says that the wedding is planned for year-end in exotic Egypt.

By the way, there was a strong buzz that Shahid Kapur and Priyanka Chopra got officially engaged on January 1 in Goa, but the couple has rubbished the rumors. 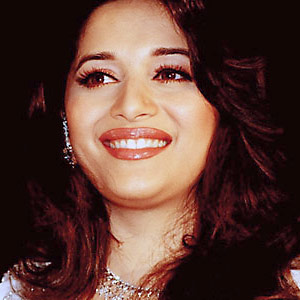 The buzz is that Madhuri Dixit is all set to play Sonam Kapoor’s mother in Anil Kapoor’s remake of the Hollywood film, Freaky Friday. Apparently, Anil has Jamie Lee Curtis’ role in mind for Mads. Of course, the gorgeous lady just flashes her bewitching smile when asked if the rumor is true, neither confirming nor denying it. But she does admit that old friend Anil dropped in at her residence and they spent over an hour catching up and discussing scripts.

Talking of Sonam, the pretty actress, along with Deepika Padukone, was recently in the eye of a storm for talking disparagingly of Ranbir Kapoor, on a television chat show. “It’s a case of sour grapes!” said Ranbir’s dad, Rishi.