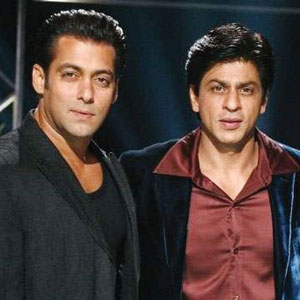 SRK, Salman avoid each other at Aamir’s party

For those expecting any fireworks or a patch-up between the two mighty warring Khans – Shah Rukh Khan and Salman Khan, at the grand reception which mamu Aamir Khan hosted for Imran and Avantika on February 6, it was a disappointing evening. Salman walked in with brother Sohail around 11:30 pm and made a quick exit thereafter, that too, from the back gate. He need not have worried as SRK and his wife Gauri, sauntered in after 2 am!

The classy poolside party at Taj Land End’s Hotel itself was a huge success where the Bollywood glitterati shone in full force. Besides Shah Rukh and Salman, there were Hrithik - Suzanne, Akshay - Twinkle, Kareena Kapoor, Ranbir Kapoor, Rani Mukherjee, Katrina Kaif, Deepika Padukone, Priyanka Chopra and Sonakshi Sinha, to name just a few. Aamir’s former leading ladies, Madhuri Dixit and Juhi Chawla, too, attended the do, which began late Saturday and went on till the wee hours of the morning. 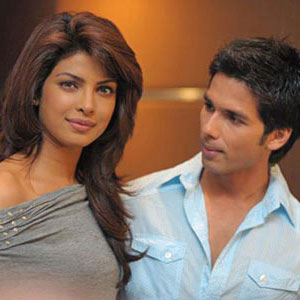 It took an Income Tax raid on Priyanka Chopra’s residence to confirm the presence of Shahid Kapur in her life, something which both of them would have shied away from doing. Apparently, when the IT officials knocked on Piggy Chopps’ door early morning on January 24, they were greeted by a sleepy Shahid, clad only in a pair of shorts! On realising that they were IT men, Shahid quickly changed and left. “Shahid was there for an early morning breakfast with Priyanka,” Shahid’s spokesperson said. Ranbir Kapoor, meanwhile, was lucky to have escaped being caught with his rumored girlfriend, Katrina Kaif. The buzz is that IT men arrived at 6 am and Ranbir was with Ms Kaif at her residence till 4 am!

Talking of Shahid, he is flying high these days, quite literally. Playing an Air Force pilot in his father’s Mausam, the actor is super excited as he will be flying an F-16 Super Viper. And that’s a first for any actor in the world. 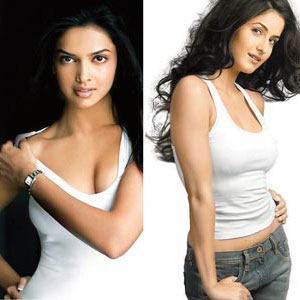 One of Bollywood’s most infamous catfights is over. Deepika Padukone and Katrina Kaif, who couldn’t see eye to eye thanks to Ranbir Kapoor, have finally patched up. It happened at Karan Johar’s recent bash where onlookers were stunned to see Dips walk up to Kats and extend the olive branch, telling her to let bygones be bygones, while their respective good friends Siddharth Mallya and Ranbir, stood at a distance. “It’s a load off my chest,” a happy and relieved Katrina is supposed to have told Deepika. After that, the two pretty ladies were seen chatting away, looking most comfortable in each other’s company. Touché!

It seems to be the season of reconciliations as even Kareena Kapoor walked up to Shahid Kapur at the Filmfare Awards function when she spotted him with Shah Rukh Khan and said a breezy ‘hi’ to him. 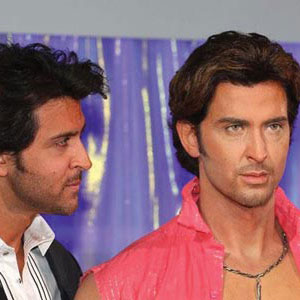 After celebrating 10 years of wedded bliss with wife Suzanne in December and then celebrating his birthday on January 10, Hrithik Roshan had more reason for cheer. The handsome actor joined the illustrious league of Bollywood celebrities who have their wax look-alikes in the prestigious Madame Tussauds museum in London. He unveiled his statue there on January 20. So now Hrithik is in the august company of Amitabh Bachchan, Shah Rukh Khan, Aishwarya Rai and Salman Khan. He is also said to have donated the dark blue jeans and red shirt that his figure is wearing.