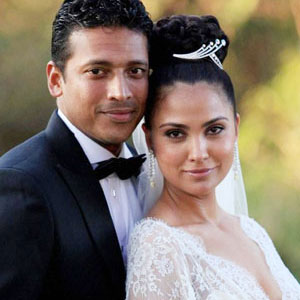 After Imran and Avantika, it was the turn of former Miss Universe and actress Lara Dutta and her beau, tennis ace Mahesh Bhupathi, to unite in holy matrimony. After a private registered marriage at Mahesh’s Mumbai residence on February 16 at which only their families were present, the couple flew off to picturesque Goa for a lively sangeet ceremony the next day and a Victorian style Christian wedding at a five-star luxury resort on February 19. This was followed by night-long celebrations on the beach.

Among the 200-odd invitees at the wedding were Bollywood celebrities Dia Mirza, Bipasha Basu, Celina Jaitley, Ritesh Deshmukh and Boman Irani. Tennis star Leander Paes, along with wife Rhea Pillai, and former tennis great Vijay Amritraj were also present. The newlyweds then took off to Dubai, where the new Mrs Bhupathi was spotted cheering hubby Mahesh at a tennis tournament. 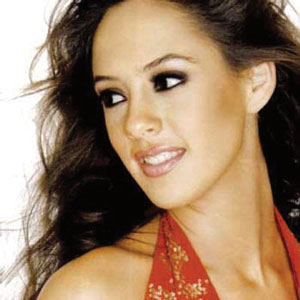 Is Salman in love again?

The latest buzz doing the rounds is that Salman Khan has finally got over his break-up with Katrina Kaif and is in love all over again, this time with Hazel Keech, a model hailing from London, who also happens to be his newest co-star. The two are acting in Bodyguard. Sallu apparently succumbed to her charms during the Pune schedule of the movie where the duo were seen bonding big time on the sets as well as after pack-up.

Apparently, Hazel is also known as Rose Dawn and she was born to a British father and an Indian mother. The beautiful 24-year-old has acted in three Harry Potter movies in her childhood and has also acted in a South Indian film. 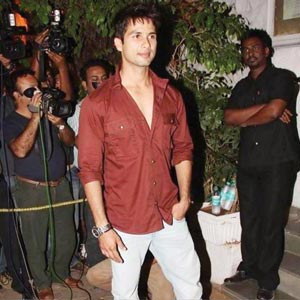 When Priyanka Chopra was not spotted at Shahid Kapur’s 30 th birthday bash at a Mumbai nightclub, rumors went flying fast and thick that the couple had split yet again. Truth was that Priyanka was away shooting in New York, but that didn’t stop her from surprising her good friend with a birthday gift that was delivered to him at the stroke of midnight. Shahid, a passionate biker, owns a Harley Davidson and Priyanka sent across a white helmet for him.

Among those who attended the party were Sonam Kapoor, Genelia D’Souza, Rani Mukherjee, Anushka Sharma, Anil Kapoor and Karan Johar.