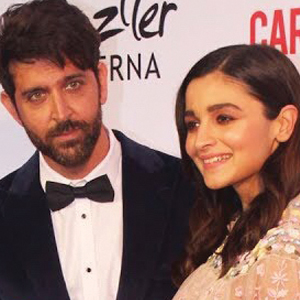 Grapevine has it that Hrithik Roshan is all set to make his Hollywood debut in an American spy thriller. It is being said that he will be playing the parallel lead in the not-yet-revealed project. His fans can’t wait for the actor himself to give an update on his debut Hollywood film.

Meanwhile, even as Alia Bhatt is rumored to be tying the knot with Ranbir Kapoor in April, there is a strong buzz that she is close to announcing her first Hollywood film, probably in the first quarter of 2022. The actress recently signed up with an American talent agency that also represents stars like Gal Gadot and Charlize Theron.