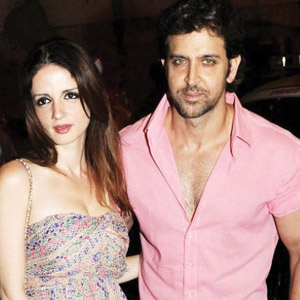 In a setback of sorts for their fans who were hoping they’d reunite, estranged couple Hrithik Roshan and Suzanne Khan officially ended their 14-year marriage by mutual consent on November 1, with a family court granting them divorce. They have got joint custody of their two sons. “Irreconcilable differences between the two on account of temperamental differences, making it impossible for them to live together” was cited as the reason for the split.

The childhood friends had a fairy tale romance that led to marriage in December 2000. The couple, however, parted ways after Suzanne left their shared apartment in December 2013 amid rumors and speculation.