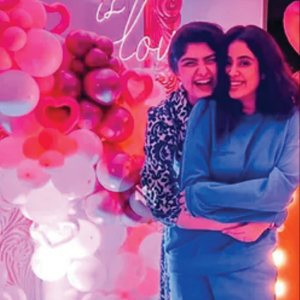 Janhvi Kapoor turned 25 on March 6 and it was Arjun Kapoor who hosted a birthday bash for his half-sister at his residence. The Kapoors were there in full force, including Boney Kapoor, Khushi Kapoor, Anil Kapoor, Sanjay Kapoor and his daughter Shanaya Kapoor, who is set to make her Bollywood debut with Karan Johar’s Bedhadak.

Incidentally, Janhvi Kapoor has begun training at a cricket camp for her next movie titled Mr. and Mrs. Mahi. This sports drama sees the actress pair up again with her Roohi co-star Rajkummar Rao.