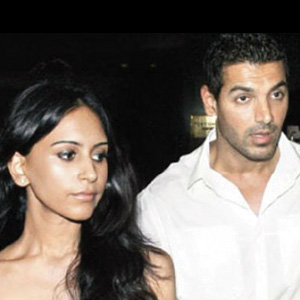 If the latest buzz is to be believed, then John Abraham is seriously considering marrying his 26-year-old investment banker girlfriend, Priya Runchal, who was born and brought up in Los Angeles. The buzz is that John is pretty possessive about Priya whom he has been dating quite openly. He has also been telling his close friends that he made a mistake by letting the relationship with Bipasha linger without marriage and so this time he has decided to take the plunge without further ado. Grapevine has it that John and Priya will get officially engaged in April.