Khushi to star opposite Aryan Khan in debut film? 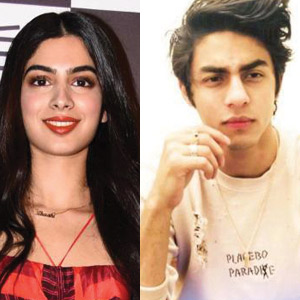 According to the latest buzz, Sridevi’s younger daughter Khushi Kapoor is all set to step into Bollywood. Speculation is rife that Karan Johar is launching Janhvi’s younger sister in his new film and that too, opposite none other than Shah Rukh Khan’s elder son, Aryan. Yes, the film will mark his debut, too. The earlier reports suggested that Khushi was interested in an international modelling career but that doesn’t seem to be the case now.

Incidentally, Janhvi and Khushi had fun bonding with Big B’s granddaughter Navya Naveli during their holiday in New York recently.