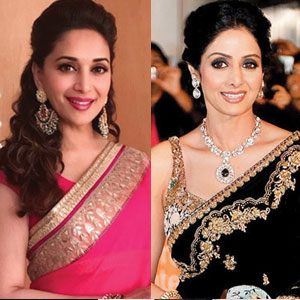 Madhuri Dixit Nene has stepped into Sridevi’s shoes for Karan Johar’s next production, as yet untitled, to be directed by Abhishek Varman. The film boasts an ensemble cast: Alia Bhatt, Varun Dhawan, Sonakshi Sinha, and Aditya Roy Kapur.

Incidentally, grapevine has it that Sanjay Dutt, who was also part of the project, has walked out of it as he was unhappy with Madhuri coming on board. Sanjay and Mads were rumored to be romantically involved in the 1990s but had parted on a sour note after Sanju was sentenced to jail under the Arms Act. Anil Kapoor is said to have replaced Sanjay.