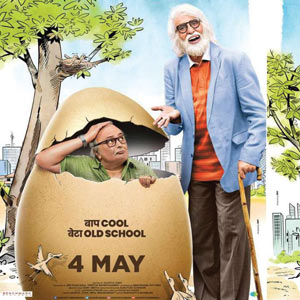 Although its heart is in the right place, 102 Not Out is a trifle dull, even static, despite Amitabh Bachchan and Rishi Kapoor (who incidentally team up after 27 long years). And it feels too much like a stage play. Well, not surprising as the movie is based on a Gujarati stage play. But despite its drawbacks, there is a real thrill in watching these two senior actors riffing off each other.

At 102, the spirited Dattatraya Vakharia (Amitabh Bachchan) wants to live on for another 16 years or so to break the world record of the oldest living male. In contrast is his 75-year-old grouchy, ill-natured, hypochondriac son Babulal (Rishi Kapoor). Fed up of his surly ways, Dattatriya decides to pack Babulal off to an old age home unless he changes his habits within a period of six months. He assigns him certain tasks, which trigger the humor in the film.

Bachchan is good but tries too hard to enliven things and his clumsy prosthetics don’t help. Rather, they take away from the performance. Rishi has a more complex role at hand and he executes it with great finesse. His grumpy old man strikes a chord with us. He is great in the comic scenes as well as the emotional ones. Jimit Trivedi plays the neighborhood medicine delivery boy, often caught between the two sparring men, with an infectious enthusiasm.

Watch 102 Not Out to enjoy the striking chemistry between the two greats, Amitabh Bachchan and Rishi Kapoor. 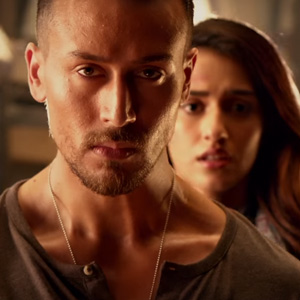