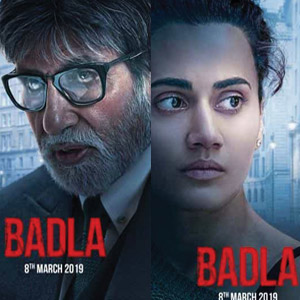 An official remake of the gripping Spanish whodunit The Invisible Guest, Badla sees Amitabh Bachchan and Taapsee Pannu reunite after Pink, again as lawyer and client. Though it’s not terribly difficult to figure out the ending of this slick thriller, the film’s crisp pace and the many twists and turns keep you on the edge of your seat.

A married woman, Naina Sethi (Taapsee Pannu), has been accused of murdering her lover Arjun (Tony Luke), and her lawyer Badal Gupta (Amitabh Bachchan) wants to get to her truth in order to defend her. But neither trusts the other, and so the film becomes a sort of cat and mouse game between these two principal characters, with each trying to outwit the other. The constant going back and forth into flashbacks, however, tends to become a little tedious.

Though Taapsee and Bachchan are efficient enough, they were better in Pink. Taapsee needs to work more on her dialogue delivery. Malayalam actor Tony Luke, in his Bollywood debut, is good despite his problematic Hindi. The talented Manav Kaul shines in a cameo. But it’s Amrita Singh, back on the screen after two years, who steals the show in a crucial role. Her character gives the plot a poignancy.

Shot mostly in Glasgow, Scotland, Badla is handsomely mounted, and its musical score adds to the suspense. So do watch it. You will not be disappointed, unless you compare it with Sujoy Ghosh’s earlier Kahaani. 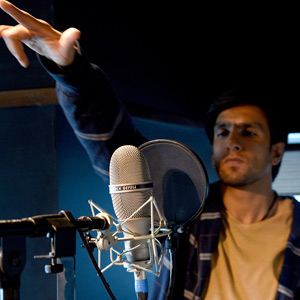