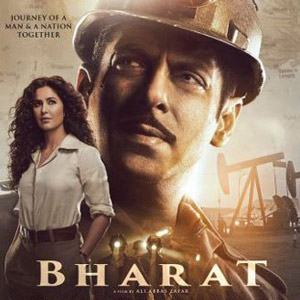 Bharat is a quintessential Salman Khan movie, but it is Katrina Kaif who almost walks away with the film. Yes, as Madam/ Sir, the actress gets one of the meatiest roles of her career and she sinks her teeth into it, making it one of the highlights of the film, enhanced by the comfortable chemistry she shares with her leading man. That apart, Bharat as a film is rather ponderous and patchy, trying to pack in too much in its epic sweep.

An official adaptation of South Korean hit drama Ode to my Father, Bharat is about a son keeping his promise made to a father left behind in Partition, of keeping his family together in his absence. It’s all about loving your family, really. Through the eyes of Bharat (Salman Khan), we see the journey of Bharat, our country—from 1947 to 2010, the narrative traverses a period of over six decades, a perfect excuse to show the hugely popular star Salman in his various avatars. Shades of Forrest Gump?

Though the actor tries his best to look convincing at every age and stage of his life, he is most interesting as a 70-year-old, sporting that grey in his hair with pride. Tabu shines in a cameo, and Sunil Grover with his impeccable timing is terrific as Vilayati, the hero’s best friend and confidante. The pretty Disha Patani, playing a trapeze artist, doesn’t really have much to do.

A piece of advice for those planning to watch Bharat: Don’t go looking for logic in a Salman Khan film. You will not find it. 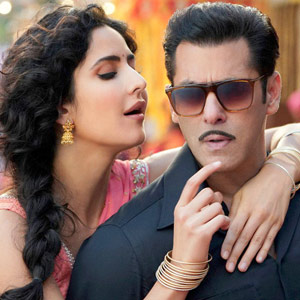