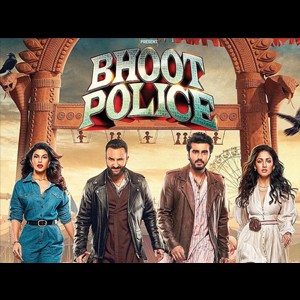 Bhoot Police, as the title suggests, is a horror-comedy, but ironically it is neither funny enough nor spooky enough! It does have its moments though (the last 30 minutes are really gripping) and had the writing been less lazy and more coherent, it could have been a compelling watch throughout.

This is a tale of two brothers who are ghostbusters. While the elder one Vibhooti (Saif Ali Khan) is skeptical of ghosts and is in it just for the money, Chirounji or Chiku (Arjun Kapoor) is the righteous one who believes in the supernatural.

The two are hired by Maya (Yami Gautam) to rid her tea estate of a female ghost named Kichkandi. Again, while Maya believes in ghosts, her sister Kanu (Jacqueline Fernandez) does not. So it’s an interesting premise.

Saif Ali Khan, in his printed boxers and jackets, is in his element here, though at times it seems he is trying too hard to be funny. Arjun is understated as the brooding brother. The actors make an unlikely pair, but they complement each other’s energies. Yami Gautam’s Maya doesn’t demand anything extraordinary from her and Jacqueline fits the part of a social media influencer. A special mention for Jamie Lever, the very talented daughter of Johnny Lever, who really adds to the humor quotient.

Bhoot Police is no Stree, but the film does try to break the template of usual horror flicks. For that, it deserves to be appreciated. 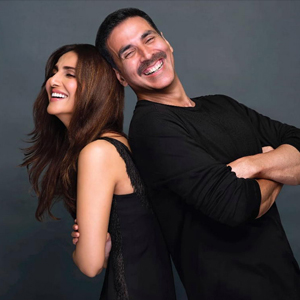