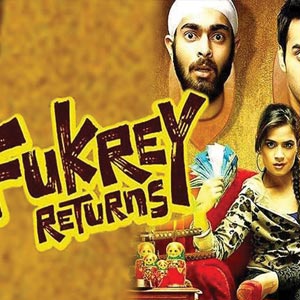 At the outset, let it be said that Fukrey Returns is not a patch on the original 2013 hit, Fukrey. The element of innocence that made Fukrey an endearing watch is missing in the sequel, but it does have its hilarious moments, though some jokes turn out lame and contrived. The music, too, disappoints.

Fukrey Returns picks up a year after Fukrey ended. The feisty Bholi Punjaban (Richa Chadha) is out of the lock-up and all hell breaks loose! So the Fukras, the quartet of friends who conned her in the original—Honey (Pulkit Samrat), Choocha (Varun Sharma), Lali (Manjot Singh), and Zafar (Ali Fazal)—are on the run again. A corrupt minister, a tiger and a cub, an underground treasure, and a 10-crore scam are also thrown in, for good measure!

The supremely talented Pankaj Tripathi, as the college watchman, stands out with his deadpan comic timing and terrific dialogue delivery. Varun Sharma, as usual, plays to the gallery and is greatly successful! Take out these two from Fukrey Returns and there is nothing going for the film! The other characters appear half baked and boring. The heroines hardly have anything to do.

The best thing about Fukrey Returns: the lovely song "Ambarsariya" from the original is used here again! But if you’re looking for more, go back to Fukrey. It may mean ‘slackers,’ but that film is far from ‘worthless’ and will show—again—why the original is usually better than the sequel. 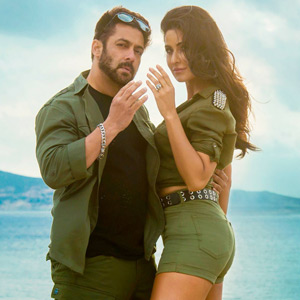