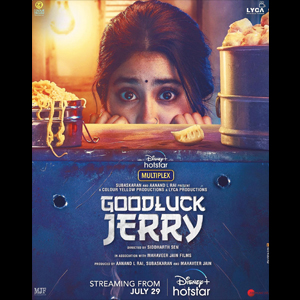 An official remake of a 2018 Tamil film, GoodLuck Jerry is a crime caper with Janhvi Kapoor in the center of the action. Comparisons are inevitable but if you haven’t seen the original, chances are that you will find GoodLuck Jerry an entertaining watch despite its shortcomings like a mediocre screenplay and an unduly long climax.

This dark comedy revolves around the innocent-lookingyet- smart-cookie, Jaya Kumari or Jerry (Janhvi Kapoor). A Bihari migrant living with her mother (Mita Vashisht) and sister in Patiala in Punjab, she gets sucked into the seedy world of cocaine smuggling as she desperately needs money for her mother’s cancer treatment.

It’s nice to see Janhvi growing as an actress, though she still has a long way to go. But she gives it her best shot—it’s her finest performance till date—and gets fantastic support from the rest of the cast, especially Deepak Dobriyal in the role of Rinku Khanna, who has a one-sided crush on Janhvi, and the seasoned  Mita Vashisht.

So, you can go ahead and watch this quirky film. Just don’t expect too much from it. 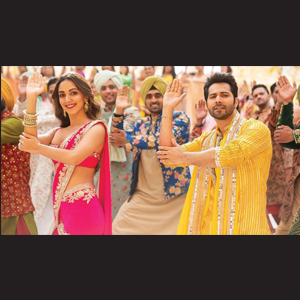