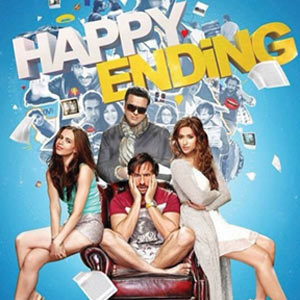 Happy Ending is neatly packaged, but scrape the veneer and it turns out to be just another of those predictable romantic comedies—which is a shame, because the strength of the directors’ previous films, Shor in the City and Go Goa Gone, was their originality.

Yudi (Saif Ali Khan) is a writer who is living in past glory, and Aanchal (Ileana D’Cruz) is an upcoming romance novelist. There is Armaan (Govinda, who still shows flashes of brilliance), a B-grade Bollywood star, who wants Yudi to write a great rom-com for him by copying Hollywood movies. There is also Vishakha (Kalki Koechlin in her elements), Yudi’s clingy former girlfriend.

The premise is interesting but despite so many narrative threads and so much happening, there are chunks which are boring and long drawn out. The romance between Yudi and Aanchal seems contrived and it doesn’t help that the chemistry between Saif and Ileana is as cold as an icicle!

On the plus side, Saif is better than most of his contemporaries at goofy humor (however, you’ll need lots of patience to bear with the overweight Yogi, Yudi’s alter ego, also played by Saif). The writers have done a good job of spoofing the bizarre business of Hindi film making, and there are some enjoyable moments between Yudi and his best friend Montu (Ranvir Shorey).

Happy Ending is set in Los Angeles, by the way, for no particular reason. 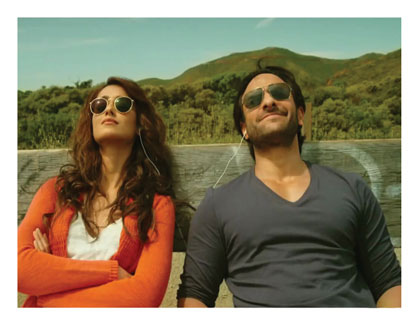