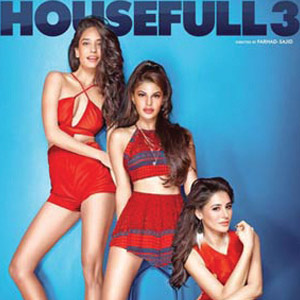 Housefull 3 is entirely puerile, often offensive, and frequently racist. But the greatest problem with this comedy is that it is not funny enough. The Housefull franchise is known for its lowbrow humor, so one does not expect it to be anything else, but the jokes here are mostly limp and repetitive.

Batuk Patel (Boman Irani) is a London-based millionaire who does not want his three daughters, Ganga (Jacqueline Fernandez), Jamuna (Lisa Haydon), and Saraswati (Nargis Fakhri), to get married because of the curse of broken marriages running in his extended family. The young ladies then conspire with their respective boyfriends, Sandy (Akshay Kumar), Teddy (Riteish Deshmukh), and Bunty (Abhishek Bachchan), to overcome this obstacle, any which way. So Sandy pretends he’s crippled waist down, Teddy plays blind, and Bunty acts mute! Oh, there’s Chunky Pandey, too, reprising his role as Aakhri Pasta!

Though Riteish and Abhishek are good enough, it is mostly Akshay Kumar’s comic timing and energy which powers the film. His character Sandy suffers from a split personality disorder, becoming Sundi each time someone utters the word Indian. It is one of the film’s genuinely clever jokes. Thank God for small mercies! That apart, there’s repetitive wordplay, which gets irritating after a point. The girls are mere attractive props! 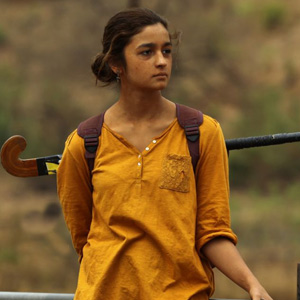