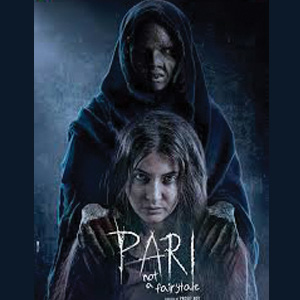 This horror film produced by Anushka Sharma (the actress is certainly making unconventional choices as producer), is rich in atmosphere and mood alright, but somehow, what starts out interestingly, ends in a ghostly mess! But Pari, set in Kolkata, on the whole is a competently made film by first time director Prosit Roy, with the cinematography and sound used effectively to enhance the sense of foreboding throughout.

Arnab (Parambrata Chatterjee) offers shelter to a traumatized Rukhsana (Anushka Sharma), whom he finds chained in a cottage in a secluded jungle. Meanwhile, a mysterious professor from Bangladesh (Rajat Kapoor) also arrives in search of her. There is obviously more to this woman than meets the eye. Who is she?

As the movie progresses, it becomes more and more bizarre, especially towards the climax which is positively ridiculous. Jinns, devil worshipping cults, several murdered animals, and beheaded babies keep popping up. On the positive side, some scenes are genuinely terrifying, and thankfully, the makeup and special effects are not over the top.

But the best thing about Pari is the leading lady. Anushka throws herself completely into her layered character. It’s a pity that a lame script (inspired by Rosemary’s Baby and Let the Right One In, even The Exorcist) lets her down. 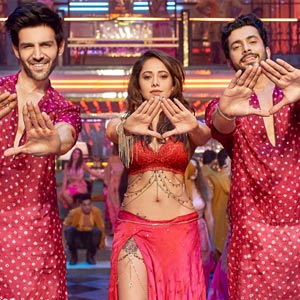