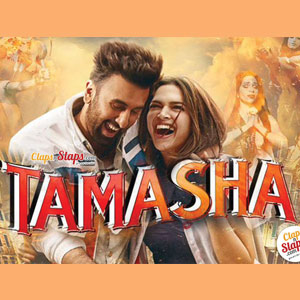 Tamasha is perhaps Imtiaz Ali’s most complex film till now, though not necessarily the most consistent. That’s partly because it feels contrived at times, indulgent at others, and plain predictable sometimes. However, despite all its flaws, there is much to appreciate here: the theatrical style of storytelling, and moments that pierce your heart performed with such honesty by both the leads, that you find yourself fighting back tears.

Ved (Ranbir) and Tara (Deepika) first meet in the exotic French island of Corsica and they decide to have a whale of a time without revealing their true identities. Four years later, they run into each other again in Delhi. But gone is the freespirited charmer that Tara fell in love with in Corsica. Ved is now a staid nine-to-fiver.

The second half of Tamasha is really what its essence is. It makes a case for living in the moment and chasing your dreams. it is also about the power of love to discover one’s true identity, though not every idea is communicated effectively. But the film is teeming with ideas.

The script may be a letdown at times but Ranbir and Deepika, displaying incredible maturity in handling their deeply layered parts, keep you invested in the movie right till the end. Deepika, in fact, practically steals the film, despite it being essentially Ved’s story.

Music by A. R. Rahman is terrific, especially the joyous “Matargashti” number. Cinematography is breathtaking. So do watch Tamasha. Just don’t expect it to be your usual Bollywood entertainer. 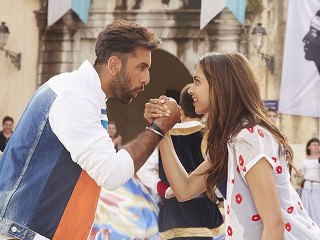