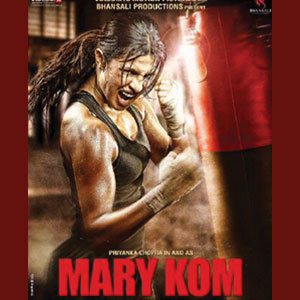 Let’s get one thing clear. Had Priyanka Chopra not played the title role in this fictionalized biopic, there would have been very little in the movie to excite the audience, Mary Kom’s achievements notwithstanding. The actress rises admirably to the challenge of portraying the boxing legend and packs quite a punch, her face a lethal combination of rage and vulnerability. Her accent, however, slips at times.

Art director turned director Omung Kumar has his heart in the right place, crafting his first film with care. Though the film wasn’t actually shot in Manipur, Kumar succeeds in creating a believable world. Where it falters is in the screenplay, with an almost inert first half. It only picks up momentum in the second half when Mary gets married and has twins. Also, it is melodramatic and akin to a Bollywood tearjerker at times, which is suicidal for a biopic. Sometimes the narrative seems too hurried.

The supporting cast is good with Darshan Kumaar as Mary’s unbelievably supportive husband, Onler, leading the pack. Really, someone should think of giving this guy a medal!

Despite its flaws, Mary Kom is a laudable attempt by a first time director. It is a perfectly watchable film but not a great film. 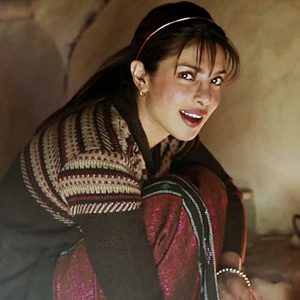