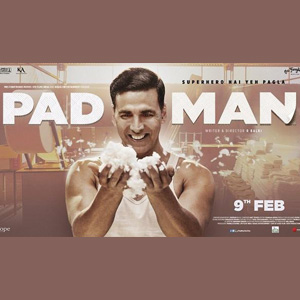 There is no question that Padman is a pretty revolutionary film, as it tackles a subject that everyone shies away from even mentioning—menstruation, more specifically, menstrual hygiene. So, kudos to Twinkle Khanna for making a mainstream film on this amazing true story whose hero actually is Arunachalam Muruganantham, a school dropout from Coimbatore who invented a low-cost sanitary pad making machine to help rural women, despite all the humiliation he was subjected to.

The director changes the setting to Maheshwar, Madhya Pradesh. Mechanic Lakshmikant Chauhan (Akshay Kumar) is an extremely caring husband to Gayatri (Radhika Apte). When he discovers that his wife is using dirty cloth pieces during her periods as sanitary pads are too expensive, he is determined to help not just her but all the women around him. As long as Padman sticks to facts, it does well. But it stumbles in the second hal​f, especially with the introduction of a fictional character, an MBA student and tabla player named Pari Walia (Sonam Kapoor) and a contrived silly romance between Lakshmi and her, which seems totally unconvincing. Sonam, however, fits perfectly into her role, lighting up the screen every time she appears.

The film, of course, belongs to Akshay who is as earnest as ever. However, his Lakshmikant is not even half as fascinating as India’s real Padman. Still, this film about an ordinary man’s extraordinary courage is a story that needed to be told. 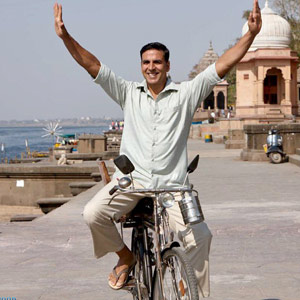